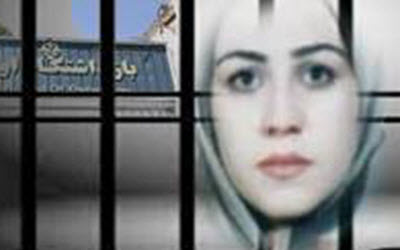 Now Maryam’s lawsuit itself, which is published in her letters, is considered by the regime as a crime and the corrupt regime in fear of these letters has resorted to psychological pressure and threats against her, and upon the orders of high prosecution officials her weekly phone call and meeting with her husband and children have been cut off until further notice.

With this approach, the regime not only tortures her but also inflicts suffering and mental torture on her husband and young children. In addition, officials of the prosecution office told her relatives “the perpetrators of executions have already died (or are very old) why are you defaming Islam (the regime).”

This is while we all know that members of “Death Commissions” are now holding high official positions and still engaged in their crimes.

No matter if the perpetrators of the 1988 massacre are death or alive, the regime and its high officials are responsible for these crimes, (justice must be served) and they must await their trial and punishment.

We, the undersigned, from Ward 4 Hall 12 of Gohardasht prison in Karaj sympathize with Maryam Akbari Monfared and support the lawsuit by families of the martyrs of 1988 massacre. We draw attention of the international community and human rights organization, in particular the UN Special Rapporteur on Human Rights in Iran, Ms. Asma Jahangir, to the pressure put on these families by the regime.”