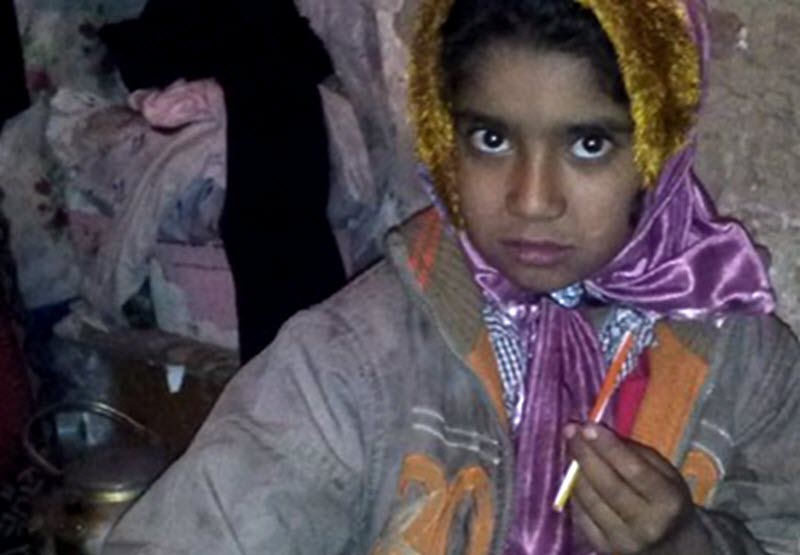 The prevalence of addiction has turned so disastrous in Iran that despite some attempts of censorship, many state media and officials can’t help but acknowledge this truth.

A parliamentarian named Hasan Lotfi comments in this regard: “the average age of drug addiction has dropped to as low as just 11 years” (August 17, 2018)

Even though addiction was once more widespread in the poorer outskirts, it is now witnessed even in some of the rich city areas, within women gymnasiums and salons in certain cases.

Drug addiction is now more prevalent amongst women than men in Iran, affecting as young as 13-year-olds and sadly, many infants too (September 4, 2018; ISNA).

Many state officials admit to this fact too, declaring addiction as one of the top struggles of Iranian women today.

According to the Minister of Drug Control Organisation of Golestan Province, several sports clubs and beauty salons have become the stamping ground for women drug dealers (June 28, 2018; Mehr News).

Anushirvan Mohseni Bandpey, the former Head of the State Welfare Organisation and the current overseer of the Ministry of Work also points out: “drug use ranks highest in women” (July 10, 2018; Tabnak).

The Minister of Golestan’s Drug Control Organisation adds: “the inclination of women to use drugs, has become twice as much as before” (June 28, 2018; Mehr News).

Reza Mahboubi, the Deputy Director of the Interior Ministry’s Social Affairs Organisation announces that “the number of addicted women has multiplied by a factor of 3, over the past several years; 50% of whom have been identified thus far”; specifying the top causes of this as “poverty, unemployment, underdevelopment, injustice, and unsuitable distribution of resources” (August 20, 2018; ISNA).

These mentioned causes are of no surprise, given the severe oppression, tyranny, and humiliation that Iranian women constantly go through, both at work and on the streets. The regime knowingly pressures women by restricting them in all kinds of ways.

Mahboubi speaks in this regard: “from the 220 to 230 thousand people who have been arrested and charged by the Guidance Patrol, how many of them did actually deserve those warnings and charges? Shouldn’t we be more mindful of the impact our actions have on their future outlook? like by putting a security guard in front of Azadi club and scaring them with the impression of a possible terrorist attack ..” (August 20, 2018, ISNA).

Putting these confessions from regime officials aside, let’s not forget the actual source of drug distribution, i.e., the Revolutionary Guards themselves!

Mostafa Pourmohammadi, a former Minister of Justice admitted in 2013, to the smuggling of drugs via some of the government’s own networks:” the transit of drugs in any shape or form is a betrayal to humanity. No good comes from them.

Whoever that is thinking of getting involved or is already involved with drugs, must consider its significant harm to our country” (January 15, 2014; Khabaronline).

To conclude, one can see that the existing socio-economic limitations for women is the deliberate action of the women-oppressing regime of Mullahs who hope that by spreading poverty in women, they may be able to stop them from contributing to anti-regime fights. But despite all their attempts, our brave women continue to participate in the ongoing protests, and continue to stand strong against Khamenei, Rouhani, and other Mullahs alike.