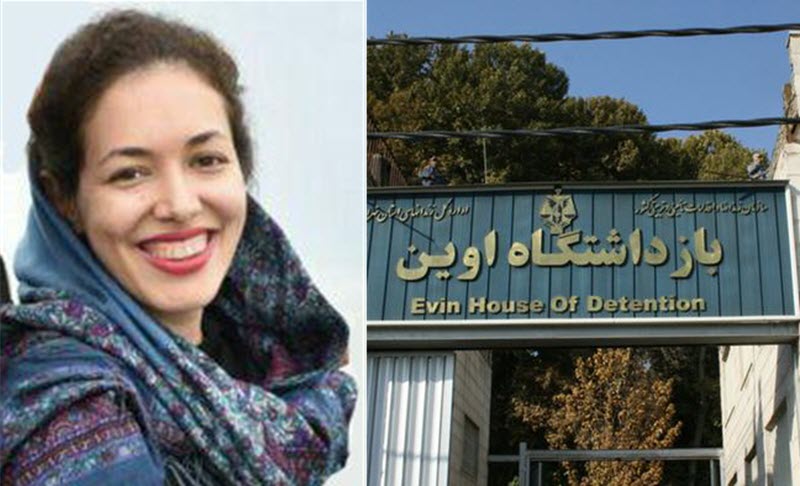 An Iranian prisoner of conscience is being denied medical care, a crime known as medical terrorism that is all too common under the Iranian Regime.

Baha’i woman Negin Ghadamian, who is serving five years in Evin Prison for teaching Persian literature to Baha’i students, is being denied access to dental treatment in an outside facility because Mr. Khani, the head of the prison clinic, did not authorize her transfer to a hospital despite the fact that the prosecutor’s office has given permission for her transfer.

Ghadamian, a teacher for the Baha’i Institute for Higher Education (BIHE), was arrested at the airport on December 16, 2017, as she and her husband Pouya Oladi tried to board a plane for Europe.

She was taken straight to prison to start the sentence that was handed down to her in 2013 – she’d never received a summons to present herself at the prison to start her sentence – and has been in Evin prison ever since.

Ghadamian was first arrested in 2011 after Intelligence Ministry agents conducted a mass raid on the homes of 39 staff and faculty members of the BIHE, during which they confiscated her computer, scientific and religious books and some other personal items, before taking her to an unknown location for interrogation. She was released after a few days.

Then, on March 12, 2013, Ghadamian and nine other Baha’i teachers were summoned to the Revolutionary Court at Evin Prison and told that they must either sign a pledge that they would stop working with the BIHE and teaching Baha’i students or be sent to prison.

It should be noted that the Iranian Regime consistently tries to deprive students of the Baha’i religious minority of their education; often banning them from attending university, despite getting in based on their academic achievement.

Ghadamian and six others refused to sign the pledge, so they were arrested on the spot and ordered them to pay 50 million tomans bail in order to be released pending their trials.

In 2013, the Revolutionary Court tried and sentenced Ghadamian to five years imprisonment for “acting against national security through membership to the Baha’i deviant sect” and working with the “illegal” BIHE.

She appealed her case, but agents of the Intelligence Ministry arrived at her workplace and took her to Evin Prison in early 2015, before the court of appeals had issued its verdict.

Thankfully, her lawyer managed to secure her release on bail pending the appeals court’s decision.

Sadly, the decision was upheld in early 2017.