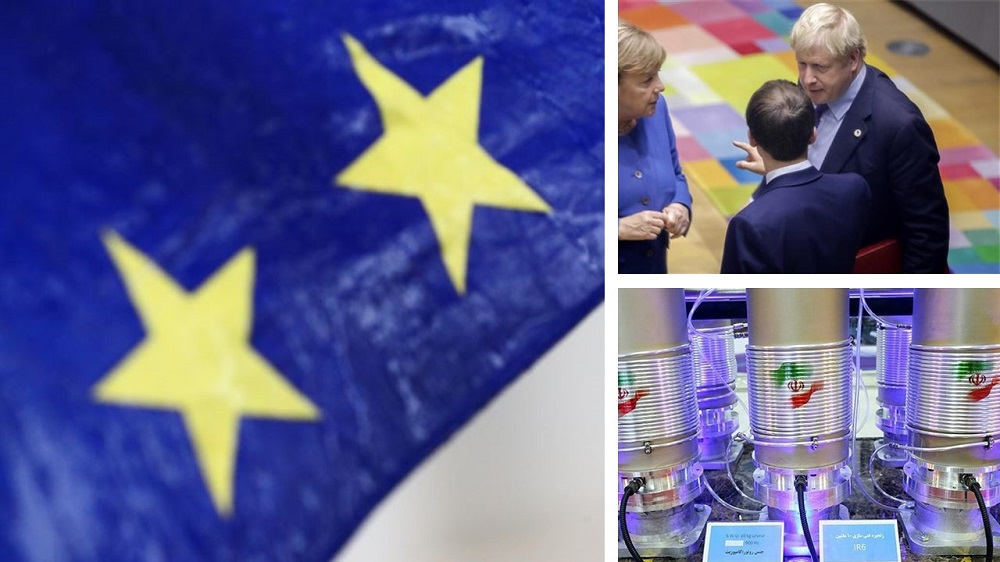 European powers, France, Germany and the UK have triggered a formal dispute mechanism over Iran’s breaches of key parts of the 2015 nuclear deal.

Iranian regime has gradually lifted all limits on its production of enriched uranium, which can be used to make reactor fuel but also nuclear weapons.

Mr. Mohammad Mohaddessin, Chairperson of National Council of Resistance of Iran released the following statement in this regard:

The EU3 decision to activate the dispute resolution mechanism in the JCPOA is a step in the right direction and the EU3 should complete it with further measures. The reinstatement of six UN Security Council resolutions on the Iranian regime’s nuclear weapons program is a vital step in preventing the religious fascist regime from acquiring nuclear weapons and its regional aggressions. Delay in such a measure has until now seriously hurt peace and security in the Middle East region.

Mrs. Maryam Rajavi, the President-elect of the National Council of Resistance of Iran, has frequently and specifically on July 14, 2015, warned after the JCPOA that the circumventing of six UN Security Council resolutions leaves the door open to the mullahs’ deceptions and acquisition of the nuclear bomb… Any agreement should address the full termination of the regime’s enrichment and bomb-making programs, as well as curtailing its activities in the whole Middle East region.

Experience shows that any hesitation or delay in imposing comprehensive sanctions on the clerical regime in the hopes that it might abandon its anti-patriotic nuclear and missile programs or its export of terrorism to countries of the region, is a delusion that will further endanger peace and tranquility in the region and the world.

The mullahs have benefited from many financial and diplomatic concessions of the JCPOA in past years but have never terminated their nuclear weapons project. Instead of using such concessions for the betterment of the plight of Iranians, they have squandered them on export of terrorism and foreign wars and domestic suppression. The regime’s record in the past four years after the JCPOA is violent repression against popular uprisings, intensified conflict in the region, missile attacks against regional neighbors, the spread of terrorism with the help of terrorist groups, and hostage-taking.

The European Union must jettison its policy of appeasement of the religious fascist regime in the final phase of this regime’s life. If the European Union seeks friendship and cooperation with Iran, then it should side with the Iranian people who are calling for “Death to Khamenei” in the streets of Iran. It will not serve Europe well to side with rulers whose hands are drenched in the blood of thousands of Iranians.