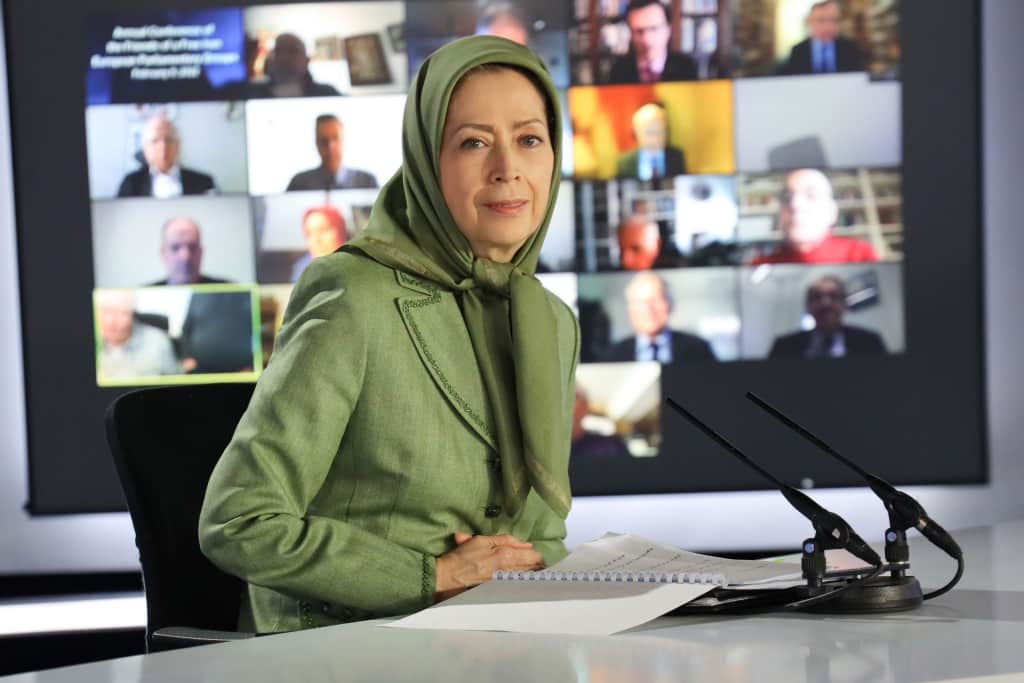 1. Rejection of velayat-e faqih (absolute clerical rule). Affirmation of the people’s sovereignty in a republic founded on universal suffrage and pluralism;

2. Freedom of speech, freedom of political parties, freedom of assembly, freedom of the press, and the internet. Dissolution and disbanding of the Islamic Revolutionary Guard Corps (IRGC), the terrorist Qods Force, plainclothes groups, the unpopular Bassij, the Ministry of Intelligence, Council of the Cultural Revolution, and all suppressive patrols and institutions in cities, villages, schools, universities, offices, and factories;

3. Commitment to individual and social freedoms and rights in accordance with the Universal Declaration of Humans Rights. Disbanding all agencies in charge of censorship and inquisition. Seeking justice for massacred political prisoners, prohibition of torture, and the abolishment of the death penalty;

4. Separation of religion and state, and freedom of religions and faiths;

5. Complete gender equality in the realms of political, social, cultural, and economic rights and equal participation of women in political leadership. Abolishment of any form of discrimination; the right to choose one’s own clothing freely; the right to freely marry and divorce; and to obtain education and employment. Prohibition of all forms of exploitation against women under any pretext;

6. An independent judiciary and legal system consistent with international standards based on the presumption of innocence, the right to defense counsel, the right of appeal, and the right to be tried in a public court. Full independence of judges. Abolishment of the mullahs’ Sharia law and dissolution of Islamic Revolutionary Courts;

7. Autonomy for and removal of double injustices against Iranian nationalities and ethnicities consistent with the NCRI’s plan for the autonomy of Iranian Kurdistan;

8. Justice and equal opportunities in the realms of employment and entrepreneurship for all people of Iran in a free market economy. Restoration of the rights of blue-collar workers, farmers, nurses, white-collar workers, teachers, and retirees;

9. Protection and rehabilitation of the environment, which has been massacred under the rule of the mullahs;

10. A non-nuclear Iran that is also devoid of weapons of mass destruction. Peace, co-existence, and international and regional cooperation.

Maryam Rajavi is the President-elect of the National Council of Resistance of Iran (NCRI), a coalition of some 500 Iranian opposition groups and personalities committed to a democratic, secular, and non-nuclear republic in Iran. Half of NCRI’s members are women. As a Parliament-in-exile, the Council’s primary task is to hold free and fair elections for a Legislative and National Constituent Assembly in Iran no more than six months after the ouster of the ruling theocracy.

Previous article
Families of Ashraf residents were stopped from visiting with their loved ones
Next article
Iran: 3,500 workers marched in Ahwaz