NCRINational Council of Resistance of Iran
EN FR DE IT AR ES AL
HomeBlogEuropeans Should Adopt A Firm Policy Toward Iran, Not The Other Way...
BlogOp-ed 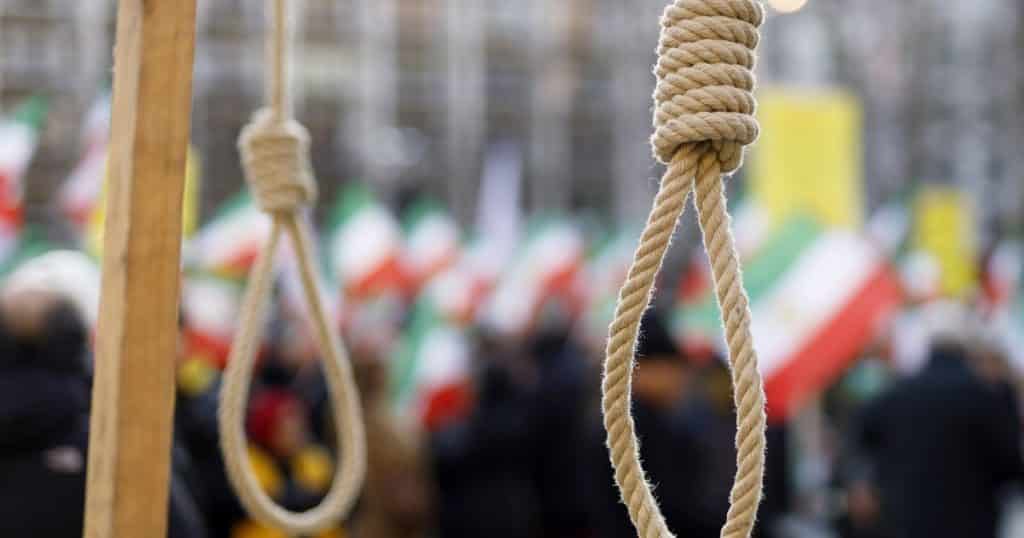 When the new administration took over the White House in January, many critics of the Iranian regime were concerned that US policy toward Tehran would rapidly backslide, leading to the provision of new, unearned concessions and the removal of pressures. So far, those fears have not been borne out, as the US administration has refused to rush back to the Iran nuclear deal and the status quo that it represents.
Part of the reason for this may be that the new US administration is well aware of the pushback they would receive from other figures in the US government if they were to adopt a conciliatory strategy for dealing with a belligerent regime that is currently in a state of deep crisis, following several mass uprisings by a disaffected population. The widespread preference for assertive policies was underscored recently with the introduction of a resolution in the US House of Representatives that tacitly offers guidance to the president regarding where to place his priorities and what to expect from Tehran.
H. Res. 118 has acquired at least 225 co-sponsors representing both American political parties. It begins by “expressing support for the Iranian people’s desire for a democratic, secular, and nonnuclear Republic of Iran and condemning violations of human rights and state-sponsored terrorism by the Iranian Government.” It then goes on to list some of those malign activities in detail and to use them as the basis for demands that the US and its European allies coordinate efforts to close down Iranian embassies, hold the regime accountable for past crimes and support the Iranian people’s rights to protest for a change of government in their homeland.

European leaders should also pay attention to these appeals. Until they recognize the need for increased pressure on the Iranian regime, those policymakers will no doubt remain an obstacle to American lawmakers’ efforts to push their president toward policies that are as assertive as his predecessor’s, but more strategic and multilateral.
Recent talks in Vienna have already hinted at the potential consequences of this situation. Although the White House has yet to revoke its demand that Iran comes back into compliance with the terms of the 2015 nuclear deal as a precondition for the US removing sanctions, cheerleaders for the Joint Comprehensive Plan of Action have insisted that progress is moving in the direction of its mutual re-implementation. If this is ultimately the outcome and no new concessions have been demanded of Tehran, then the regime will have gotten away with a campaign of nuclear blackmail that recently expanded to include uranium enrichment at the 60 percent level.
But as H. Res. 118 makes clear, that is far from the greatest concern related to Western policies that grant the regime impunity. The resolution emphasizes, among other things, the persistent lack of a sufficient response to an Iranian terrorist plot in June 2018, which might have killed hundreds of Iranian expatriates and some of their Western political supporters if it had not been thwarted by European law enforcement. Although the incident resulted in the February 2021 conviction of four Iranian operatives including the high-ranking diplomat Assadollah Assadi, there has been little official acknowledgment of the Belgian court’s finding that these individuals were part of a larger network and were acting on orders from high up in the Iranian regime.

It is with that in mind that the House resolution accuses Iran of “breaching diplomatic privileges” and urges the closure of embassies that could be used as staging grounds for further terrorist plots. Indeed, the 2018 plot, which targeted a venue just outside of Paris, was not the first of its kind, nor even the first to occur that year. Three Iranian diplomats and the station chief for the Ministry of Intelligence and Security were expelled from Albania after being implicated in a plot to deploy a truck bomb against the exiled members of the People’s Mojahedin Organization of Iran (PMOI/MEK).
It is imperative that European policymakers and supporters of the Iran nuclear deal stop pushing back against this plainly true sentiment. It is long past time for them to join their American counterparts in acknowledging that Iran has only become more belligerent in recent years, even as it has also become more vulnerable. Western strategy toward the Iranian regime must recognize the overlap between these two phenomena and endeavor to convince its leaders that terrorist threats and human rights abuses will no longer result in the lifting of pressures that threaten the mullahs’ hold on power.
Crucially, those pressures come not just from US sanctions but also from an organized, pro-democracy Resistance movement that runs throughout Iranian society. The strength of that movement was put on prominent display in January 2018 and again in November 2019 in the form of the nationwide uprising that condemned both factions of mainstream Iranian politics and gave voice to explicit calls for regime change.

While the first of these uprisings was still at its peak, the Iranian regime’s Supreme Leader Ali Khamenei took the unusual step of admitting that the protests’ rapid spread and the provocative message was largely the product of months of planning by the MEK. This prompted regime authorities to respond with some of their worst political violence when the anti-government slogans re-emerged on a national scale the following year.
About 1,500 people were killed in a matter of only days in November 2019. But the Iranian people and so countless activists were back out in the streets across a number of provinces just two months later.
Unfortunately, this resilience soon faced an even greater challenge in the form of the pandemic, during which protests largely remained localized and at a smaller scale. But now this appears to be challenging, as evidenced by NCRI’s President-elect Maryam Rajavi’s speech in March that cited recent protests as evidence that “the flames of the uprising have risen from the ashes of the coronavirus.”
As this process continues, the international community must be ready to support the Iranian people’s demands for freedom and democracy. The US must make it clear that its contributions to pressure on the Iranian regime will not diminish under the new administration. And the nations of Europe must make it equally clear that they will no longer push the US toward such a change, will no longer support Tehran’s international position in the wake of all its provocations, and will no longer make itself an obstacle to a much-needed change in the heart of the Middle East.