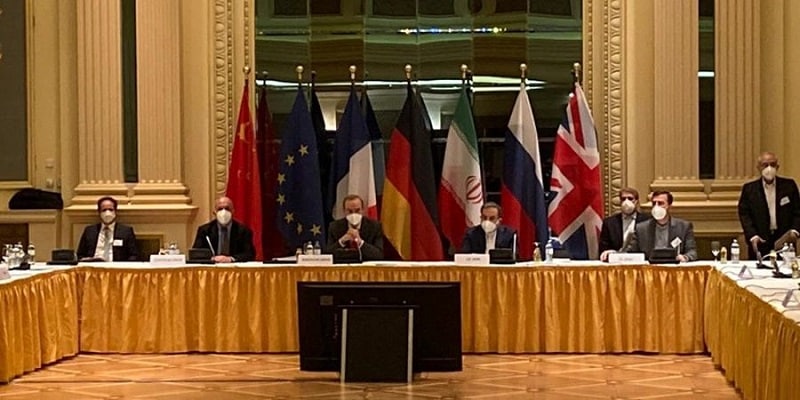 Following the recent meeting in Vienna of participants in the 2015 Iran nuclear deal, there has been a notable increase in optimism about the prospects for restoring mutual compliance with the agreement. The European participants – Britain, France, Germany, and the EU – are apparently hoping to convince the Iranian regime and the US to restore the status quo all at once. Too little attention has been given to whether that is a desirable goal, especially now that circumstances have changed in the wake of Iranian provocations.

In her confirmation hearing, the nominee for the Deputy Secretary of State, Wendy Sherman, said of Iran policy: “The facts on the ground have changed, the geopolitics of the region have changed, and the way forward must similarly change.” Unfortunately, though, there’s little sign of the Europeans adopting a similar perspective. Meanwhile, there is plenty of evidence that Tehran is trying to exploit the EU’s commitment to moving backward.

Having been posted after the Vienna meeting, Zarif’s message underscores the fact that Tehran is continuing its blackmail policy. What Zarif is proposing is not just a situation in which Iran reclaims the financial benefits it feels it was promised during JCPOA negotiations; it is a situation in which Western powers capitulate to an Iranian ultimatum and guarantee that the country’s leaders will face no consequences for their violations of the agreement, either before or after the US withdrawal.

In the two years that Iran has been formally out of compliance with the JCPOA’s terms, some of the weaknesses and deficiencies of JCPOA have become more apparent, often through direct acknowledgment of wrongdoing by the Iranian regime.

In January 2019, Ali Akbar Salehi, the head of the Atomic Energy Organization of Iran, gave an interview with Iranian state media in which he openly boasted about some of the ways in which Iran had deceived its negotiating partners and the JCPOA’s would-be enforcers in the International Atomic Energy Organization. Salehi described having used decoy tubing and photo manipulation to convince foreign authorities that the core of the Arak heavy water facility had been deactivated in accordance with the deal’s relevant provision. Later in 2019, he added that the AEOI had also established “countermeasures” to avoid being “trapped” by the provisions limiting the country’s levels and quantities of enriched uranium.

In June 2017, Reuters confirmed that Iran had exceeded allowable levels of heavy water on at least two occasions before selling the excess for profit. Around the same time, the IAEA’s quarterly report found that the country’s stores of that substance had reached the “very high” level of 128.2 tons. Still, other reports pointed to the country having at least briefly exceeded the limits on its uranium enrichment, but in each case, the agreement’s Western signatories deemed the violations too slight to be worthy of challenge.

When Iran began formally and systematically violating the agreement following the re-imposition of US sanctions, many of the deal’s proponents were rightly taken aback by the speed with which Iran was able to resume or even exceed its prior levels of advanced nuclear work. This was a testament both to the deceptive ways in which the regime “implemented” that agreement and to the other signatories’ failure to secure a full account of what Iran had accomplished before the deal went into effect.

Because of this failure, no one can say for certain that the JCPOA addressed all relevant activities. Indeed, some sources have reported that exactly the opposite is true and that some of Iran’s secretive, nuclear weapons-related work continued at undisclosed sites while figures like Salehi and Zarif made efforts to present a veneer of compliance to the international community.

Concerns about that secretive work were proven valid quite soon after the JCPOA’s implementation when the IAEA confirmed the presence of nuclear material at the Parchin military base. Since then, similar material has been found at least at two other sites, and details about the likely nature of those have been released by the National Council of Resistance of Iran, the same organization that was responsible for exposing Tehran’s clandestine nuclear weapons program in the first place.

The NCRI has a uniquely intimate understanding of Iranian affairs, and it has prompted doubts about the JCPOA since the very beginning. The foundation for those doubts has surely expanded throughout the period of Iranian non-compliance, whether or not the nations of Europe recognize it. Now, the window for that recognition may be closing, and if the EU fails to demand accountability for Iran’s prior violations, it will only be setting the stage for much worse violations at some point in the future, after Iran has already accrued all the benefits of relief from US sanctions.

Western policies toward the Iranian regime should certainly be unified, but in pursuit of something better than the status quo, especially now that Iran has admitted to flouting the rules it agreed to five years ago.