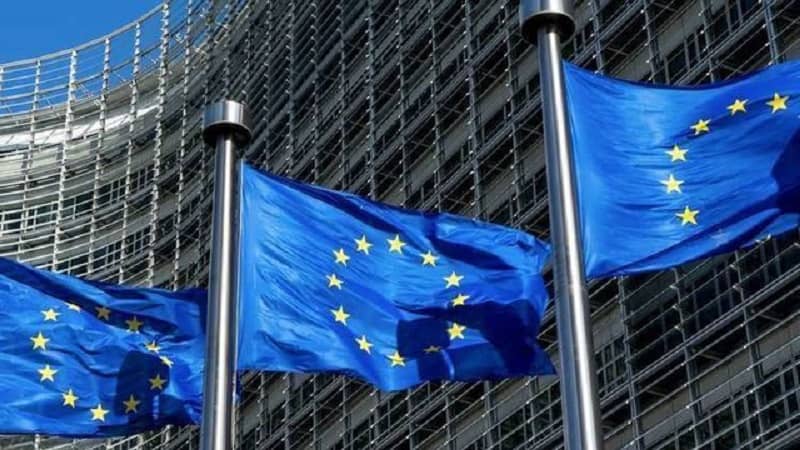 On Wednesday, the EU’s foreign policy chief, Josep Borrell, issued a statement commemorating the 75th anniversary of the Nuremberg trials and praising the International Criminal Court as “the world’s only permanent, independent court for the investigation and prosecution of the most heinous crimes.” Borrell went on to promise that the European Union would continue to work with all relevant entities to safeguard against genocide and crimes against humanity throughout the world.

The statement conveyed all the right sentiments, but there are serious outstanding questions about Borrell’s actual commitment to taking action in accordance with his declared principles. The possible irony of that statement is underscored by the fact that its publication closely coincided with that of a letter signed by seven United Nations human rights experts and originally addressed to the government of Iran. It called renewed attention to massacre of political prisoners which took place in the summer of 1988 and has been largely ignored by Western policymakers ever since.

The letter noted that in their immediate aftermath, the killings became the partial focus of a resolution on Iran’s overall human rights situation. This resolution was adopted by the UN General Assembly but was never followed up on in any meaningful way. “The failure… to act had a devastating impact on the survivors and families [of the massacre’s victims] as well as on the general situation of human rights in Iran.” Yet that failure has never been corrected and as a result, many perpetrators of the massacre retain very powerful positions in Tehran to this day.

Opponents of the Iranian regime have frequently pointed to international silence over the 1988 massacre as a key source of that regime’s abiding sense of impunity. This is to say that the persistent failure to hold anyone accountable has kept the Iranian regime on a path of rampant human rights abuses, which have seemingly accelerated in recent years. In November 2019, simultaneous protests broke out in nearly 200 Iranian cities and towns and regime authorities responded by opening fire on crowds, killing an estimated 1,500 people.

This alone should have been grounds for Borrell to urge concrete action in line with the EU’s commitment to preventing the worst crimes. The November crackdown pales in comparison to the 1988 massacre. In that case, approximately 30,000 political prisoners are believed to have been systematically executed after enduring brief trials or interrogations by “death commissions” that were created on the basis of a fatwa from then-Supreme Leader Ruhollah Khomeini. His edict took particular aim at Iran’s leading democratic opposition group, the People’s Mojahedin Organization of Iran (PMOI-MEK), and so its affiliates came to comprise the overwhelming majority of victims.

The MEK has understandably been a fierce critic of what it perceives as conciliatory Western policies toward the regime. And given that this group played a leading role in the November uprising, the resulting crackdown served to illustrate how deeply the MEK is threatened by every new incident that emerges from the era of Iran’s impunity. This is sure to further amplify the calls for an end to that era, though the success of those calls will depend on the political will of a number of powerful individuals and institutions, not the least of which is the EU’s foreign policy chief.

On one hand, Borrell’s statement explicitly referenced impunity alongside genocide, as things that the EU and its “national and international partners” must work to prevent “all around the world.” On the other hand, no specific areas of concern were cited in the general statement and there is an unfortunate abundance of evidence that Borrell is prepared to continue looking the other way on Tehran’s historical and ongoing human rights violations.

At the beginning of December, Borrell offered optimistic commentary on a recent discussion he had held with Iran’s Foreign Minister Javad Zarif. In his public statements, he almost exclusively emphasized the international controversy over the 2015 Iran nuclear deal, implying that there was fault on both sides of the issue and that it could be resolved without threatening the status quo in EU-Iran relations.

Borrell and Zarif apparently did not discuss any other topics that might threaten those relations, not the regime’s human rights record and not the trial that had begun just days earlier in Belgium for an Iranian diplomat and four co-conspirators who stand accused of plotting to bomb an expatriate gathering where NCRI’s President-elect Maryam Rajavi delivered the keynote speech. It appears likely that the defendants will be convicted and sentenced next month, but some critics of EU foreign policy insist that there must be accountability for regime authorities as well.

Of course, some of those critics have been making this point for years on end, at times referencing the regime’s frequent use of terrorism as statecraft and at other times attempting to pull the world’s attention back to the worst unresolved crime in the history of the Iranian regime.

That aim shouldn’t have been difficult to accomplish. According to some human rights experts, the 30,000 person death toll marks the 1988 massacre as not just Iran’s worst crime but as one of the world’s worst crimes against humanity since the end of World War II. Still, by prioritizing the normalization of relations over the pursuit of justice, the EU has managed to turn a blind eye to this crime every time it has been raised in one venue or another.

This trend must come to an end if Borrell’s professed commitments are to have any meaning. It still remains to be seen whether he or his colleagues actually intend to live up to those commitments. But if they do, it is clear they will find ample support from UN human rights experts, the MEK, its politically diverse network of Western supporters and its parent coalition, the National Council of Resistance of Iran. It is time for Josep Borrell to comply with his duty as EU High Representative for Foreign and Security Policy, it is time he proves he is worth the substantial salary he is paid by the European tax payers.