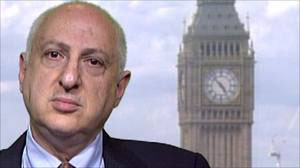 NCRI – The British government and international community must urge Iraq to release the seven hostages taken captive during the September 1 massacre of 52 residents of Camp Ashraf, a UK lawmaker has demanded.

Lord Carlile – a member of the British Parliamentary Committee for Iran Freedom – wrote in a statement: “After the recent murder by Iraqi forces of over 50 unarmed Iranian dissidents at Camp Ashraf in Iraq, they are now holding seven peaceful dissidents as hostages.

“It is time that the United Nations, which has accepted responsibility for the residents of Cam Ashraf and its associated sites, showed that it has real influence over the government of Iraq.

“If effective action is not taken, Iraq will continue to decline to the status of a client state of Iran, with consequent real danger to the safety of the Middle East. This is a critical situation requiring urgent international attention.”