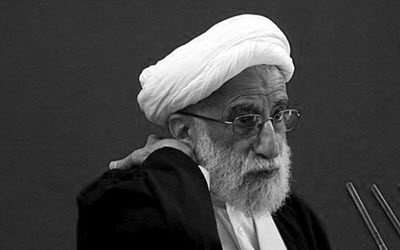 In one of his speeches Khomeini described city council candidates as individuals who must be “devoted” and “Muslim.”

The farce city and village council elections are held coinciding with the May 19th presidential election in Iran.

Jannati is also known to have made startling remarks about Iranian women.

“Women going to college is one of our major problems,” he said.

Previous articleIran: A Look at the News of the Prisons in Last Week
Next articleNCRI Revelation: Activities Continue at Organization Responsible for Work on Nuclear Weapons

NCRI - Social and labor activists boycotted the election show in a statement in the northern part of Khuzestan province (South-West of Iran). Part of this...
Read more
Election Old

NCRI - You did step in a path that does nothing but damage to the establishment and yourself. In a letter on Wednesday, May 10th Ahmad...
Read more
Election Old

NCRI - Iranian Supreme Leader Ali Khamenei revealed his concerns over the upcoming presidential election and the possibility of “insecurity and sedition.” “National security and...
Read more