NCRINational Council of Resistance of Iran
EN FR DE IT AR ES AL
HomeElection OldIran: Khatami and Mashaei will not be approved to run for election,...
Election Old

Iran: Khatami and Mashaei will not be approved to run for election, Fallahian says 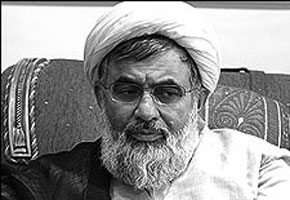 NCRI – Iranian regime’s former intelligence minister Ali Fallahian has declared that Rahim Mashaei and Mohmmad Khatami will not be approved to stand for election.

Speaking in Khorasan provincial capital Mashhad on Sunday, April 7, Fallahian said: “One of our slogans is that we will build an advanced Islamic country that would be a model for other countries who will be our allies in confronting US and EU.

Fallahian – a member of the powerful Assembly of Experts – said “All candidate do not have the right attitude to advance this country to desired point to become a model for the Islamic world, so I decided to make myself a candidate.”

In presenting his past record to the public, he even boasted of his role in killing Iranian opposition members including arrest and killing of thousands of members of the People’s Mojahedin Organization of Iran )PMOI/MEK) in Khorasan.

On 24 April 1990, he was gunned down in broad daylight by several agents of the Ministry of Intelligence and Security as he was driving to his home in Coppet, a village near Geneva.

Fallahian was intelligence minister from 1989 to 1997. Swiss magistrates later issued an international arrest warrant for Ali Fallahian. Fallahian and 13 Iranian diplomats are wanted on charges of murdering Kazem Rajavi.

Fallahian is also one of five officials of Iranian regime who are still the subjects of arrest warrants for their links to the 1994 bombing of a Jewish community centre in Buenos Aires.

Argentine Foreign Minister Hector Timerman said on March 6 that Interpol had written to him to confirm that Red Notices for the five were still active.

The agreement between Argentina and Iran to set up a truth commission over the bombing of the AMIA Jewish community centre did not mean the arrest warrants would be lifted, Interpol said.

He was also involved in the 1992 assassination of three Iranian Kurdish opposition leaders. The event has become known as the Mykonos Assassination, after the name of the Berlin restaurant where the murders took place.

Fallahian’s name is also linked to Iran’s so-called ‘chain murders’ – referring to the disappearances of dozens of Iranian dissidents while he was intelligence minister from 1989 to 1997.