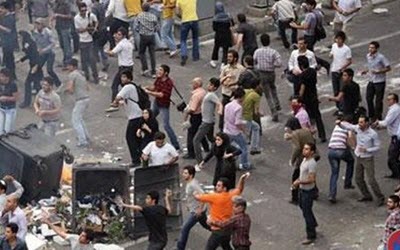 NCRI – The Chief Justice of Iran regime, Sadegh Larijani, expressed his concern about the recurrence of the 2009 uprising on the eve of Presidential Election in Iran, calling for the regime’s security forces to be alert.

Larijani added, “The enemy is resolute in his hostility. They might intend to inflict harm on the regime on the eve of the Elections. Therefore, we all have to be ready in order not to let them take any action. In order to prevent crimes, we have to make predictions of any possibilities and we have to develop a single policy in order to deal with such crimes.”