Iran: Former Dean of Tehran University: The Only Remaining Option for People Is That They Do Not Participate in the Election 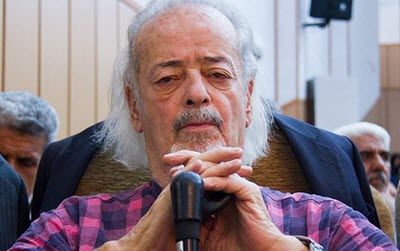 NCRI – Dr. Mohammad Maleki, the first Dean of Tehran University after the revolution, called the regime’s elections a “puppet show” and ridiculous play. The performance of the reformists and the conservatives are only created to deceive the people. Dr. Maleki, in an interview with an online television show on May 9th, said: “What is happening in Iran, it is essentially a puppet show. It is a show, because according to them, among 1600 registered candidates, only five were chosen, who also regularly worked for the system and then they are asking people to vote for six. I think this is simply not an election.”

Dr. Maleki, referring to the televised debates of candidates for regime’s election, said: “The question is that in this country during these past 38 years, have you guys not always been in an official position? You weren’t minister, parliamentarian, ambassador and security commissioner, you weren’t executioner and a number of people weren’t martyred in this country, and the tens of thousands who were executed didn’t happen under your command? Weren’t you in command?”

“Mr. Rouhani is the one who was in the Security Council or Security Commission from the first day. His position has been always security and he has monitored all of the criminal acts of this government. Mr. Raisi is so oblivious. He was a member of the government’s death commission, which martyred over thirty thousand people nationwide, and now, with all rudeness, he and Mr. Pour Mohammadi (Justice Minister of Rouhani) are saying our work was good, it was correct, because we acted upon Imam Khomeini’s order.”

Dr. Maleki pointed out the fights between Rouhani and Raisi are over power sharing, and Rouhani’s quest to overcome allegations made about the massacre of the PMOI and other resistance members in 1988. “Who has given you the right to execute, kill, shut up and hang the best children of this country, the best youth of this country? These were the people, that when you really researched each one of them, they could have been the glories of this country in the future. Now, you come to do what? You are all accusing one another of causing this misery, but all of you together were conspirers … our country is known as a criminal regime, a murderous government that is how the supreme leader’s system is known in the world today.”

The former Dean of Tehran University, in response to those who argue about which of these choices is bad or worse, he noted: “I believe this election is nothing more than a farce and a show for people who wish to participate. Those are saying the choice is between bad and worse, those who are saying if not Rouhani, then it is Raisi, and there are those who are arguing that Raisi is criminal and murderer. Is Mr. Rouhani not a murderer? Was he not always on the Security Commission? All those killings and executions have been under the watch of the Security Committee. Anyhow, I would not participate in such a farce play. I am asking the Iranian people, especially the youth who were not born yet or are not old enough to remember the crimes committed in this country, to think about what they are doing, and they should understand the responsibility of every vote that they cast. They should assume that their votes are significant to any mess, every theft, every cheating scandal and any crime that the government is committing. That every single vote in this work is effective. Whatever is happening today in this country in terms of the economy, in terms of theft, cheating … crimes, and murders, are same problems that these gentlemen are posing in their debates, and an answer must be given because all six people should be held accountable for all crimes committed in this country”.

“The end of the world knows that Mr. Rouhani has executed more than three thousand people during his own 4 years of government. If he is saying that he was not responsible (as Pour-Mohammadi is his Minister of Justice) and saying that judiciary did it that is a ridiculous thing to say. If these are happening in contrary to your opinion or if Khamenei is doing things that you disagree with … You do announce them and let people know. You’re ignoring these things. You are Khamenei’s servant. Once you have said something, you will finally end with the beloved leader of the popular revolution said so. People are fed up with all of this. You look at the number of suicides, addicts and prostitutes, the only remaining option for people is that they do not participate in the election and request a referendum on the entire religious dictatorship under scrutiny of international organizations.”