The Iran Regime’s President Is Not a Decision Maker 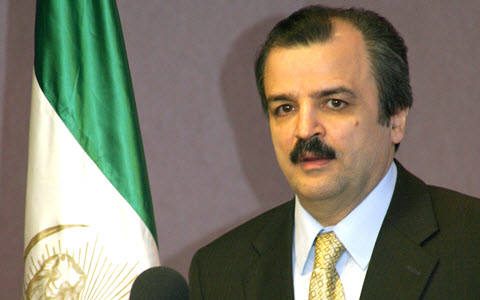 Does any form of democratic election fit into the nature of Iranian regime? Or is it a smokescreen draped over a medieval regime that is the ideological mirror image of ISIS? In this article which appeared in Forbes on May 19, 2017.Mohammad Mohaddessin the chairman of the Foreign Affairs Committee of the National Council of Resistance of Iran examines this issue, the following is the full text of his article.

Since its foundation, the clerical regime ruling Iran has used false elections to paint a democratic picture of its tyrannical rule across the world. Unfortunately, for different motives, some western politicians and governments acknowledge this and try to invest in the power-jockeying between the so-called “moderate” and “hardliner” factions in the Iranian regime, a competition they deem authentic.

If not stemming from economic interests and political considerations, this logic is rooted in a flawed assessment of the structure governing the religious dictatorship ruling Iran. This erroneous line of thinking and the decisions it has resulted in have come at a huge cost to peace and stability in the region and across the globe.

The nature of the Iranian regime, its dynamics, balance of power and inner currents all prove that elections within the country in no way relate to the democratic traditions known in the West.
Iran’s presidential elections are in fact a 20th century façade draped over an outdated regime that is the ideological mirror image of ISIS.

Khomeini, the founder of this regime and creator of the theory of Velayat-e Faghih (Guardianship of the Islamic Jurist), explicitly described the Islamic rule as the “Absolute Reign of the Islamic Jurist” in which the Supreme Leader can overrule the vote of the entire population. He has stipulated, “We want a caliph that severs hands and stones to death.”

The Iranian regime’s officials assert that religious boundaries override geographical ones. Under such a reign, elections are no more than a mockery of democracy.

More than 1,600 people registered for this year’s elections, six of which made it to the final round. Even former president Mahmoud Ahmadinejad (2005-2013), who previously had the full favor of Ali Khamenei, the Supreme Leader, was disqualified due to his fallout with the regime’s leader in the final years of his presidency.

The Iranian regime’s president is not a decision maker. According to article 110 of the constitution, the Supreme Leader is the sole proprietor of most powers that countries such as the United States and France grant to their president, judiciary and the legislative. The Supreme Leader answers and has clearance to override the paltry authorities that the president assumes.

Previous article
NCRI Foreign Affairs Chair: Regime Is Much Weaker, More Divided After the Sham Election
Next article
Rouhani’s 2nd Term Will Be Riddled With More Crisis & Intensified Factional Feuding for the Regime