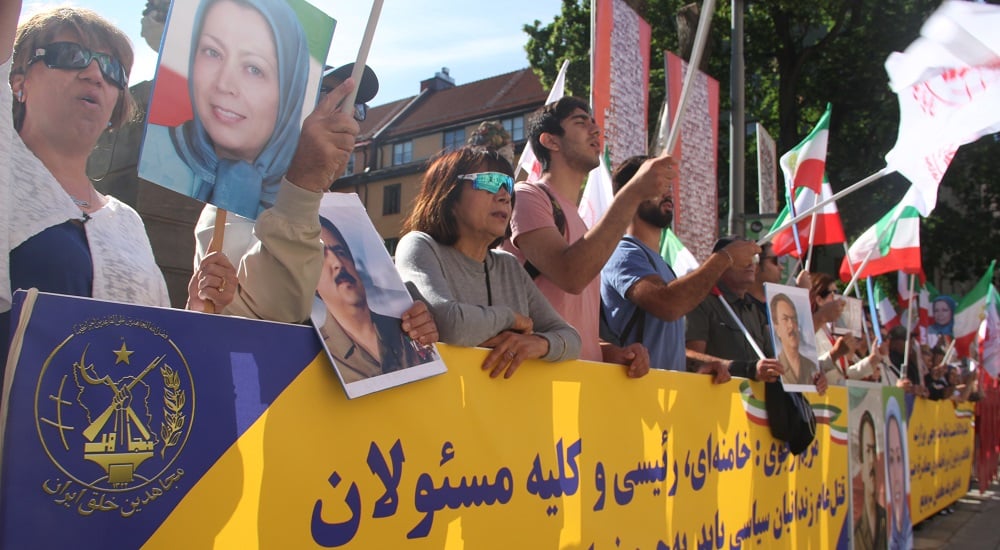 After 92 sessions and 33 months of protests by freedom-loving Iranians, a court in Stockholm, Sweden, sentenced Hamid Noury (Abbasi) to life in prison for his role in the 1988 massacre of over 30,000 political prisoners. Most of the victims of the 1988 genocide were members and supporters of the People’s Mojahedin Organization of Iran (PMOI/MEK).

Mrs. Maryam Rajavi, the President-elect of the National Council of Resistance of Iran (NCRI), welcomed the court decision, describing it as the “first step in the path of full justice” and adding that “comprehensive justice, of course, will be achieved when the main perpetrators of the crime, especially Ali Khamenei and Ebrahim Raisi, and other perpetrators, are put on trial in the courts of a free Iran or international tribunals.”

Noury participated in the 1988 genocide as a torturer in Gohardasht prison. As heart-wrenching as they were, the testimonies by the survivors of this massacre or the family members of the victims were but only a portion of what actually happened in those dark days in hundreds of prisons across Iran.

Mrs. Rajavi emphasized that prosecuting Khamenei and Raisi is now more imperative than ever. She also highlighted that the Swedish government should immediately order the prosecution of Raisi, as the executioner of 1988, for genocide and crime against humanity. More than 1,000 political prisoners tortured by the Khomeini regime, more than 900 of whom are in Albania, are ready to file complaints, she said.

Simultaneous with the court’s announcement, hundreds of freedom-loving Iranians, MEK supporters, and family members of the 1988 martyrs held a rally, celebrating this victory, hoping that the regime’s top officials, like Raisi and Khamenei, would be held accountable for decades of crimes against humanity. It should be noted that MEK supporters and family members of victims held a protest in front of the court for over 33 months, demanding justice for their loved ones and tens of thousands of the Iranian regime’s victims.

In 1988, the regime’s then-supreme leader Ruhollah Khomeini saw the MEK and its progressive interpretation of Islam as seriously threatening his reign and ideology. Hence, he decided to eliminate everyone unwilling to submit and choose fate over faith. The entire regime would prefer those tens of thousands of youths to surrender to the regime and return to their families with the message that dissent against Khomeini was futile. Instead, these men and women stood tall and chose to die for an ideal that would live on to inspire love, equality, and prosperity for generations to come. The uprisings today in Iran show that the message and spirit of those executed in 1988 lives on and that they did not die in vain.

Indeed, Khomeini’s designated and later sacked heir, told members of the Death Commission on August 14, 1988, “The People’s Mojahedin are not individuals; they are an ideology and a world outlook. They have logic. It takes the right logic to answer the wrong logic. You cannot rectify wrong with killings; you only spread it.”