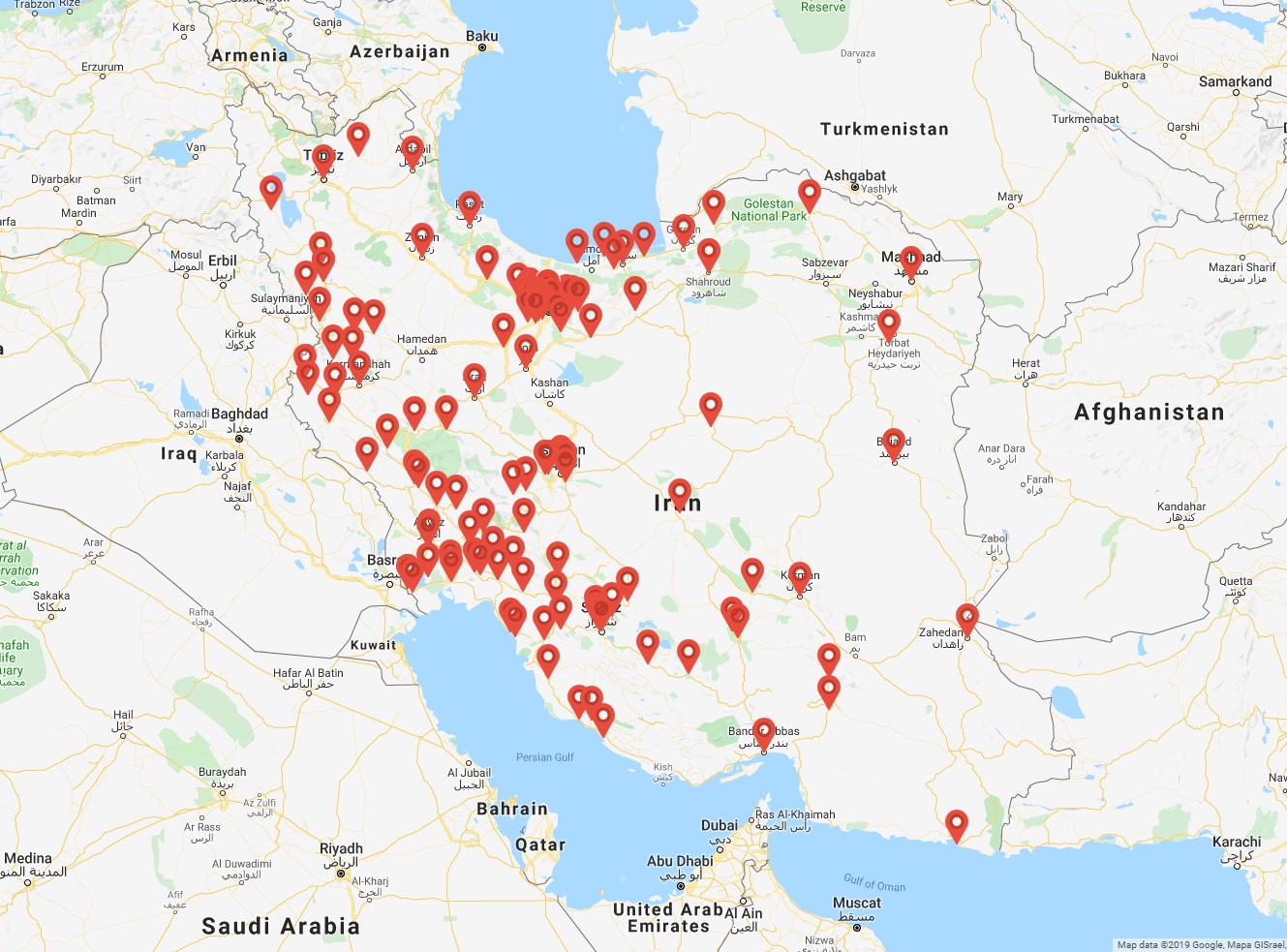 The protests began in cities across Khuzestan province in the west. They quickly spread to dozens of other cities in all of Iran’s provinces. Below is a map of Iran Marking cities where protests occurred.

Major cities that saw extensive protests and clashes include:

Regime officials and state-run media outlets have admitted that the uprising covered at least 165 cities. The exact number is 191 to this day.

Tehran and eight other cities have a population of over a million people, all nine of which were scenes of major protests and clashes: Tehran, Mashhad, Isfahan, Karaj, Shiraz, Tabriz, Ahvaz, Kermanshah, and Khorramabad.

Among the impacted cities, several saw some of the most ferocious confrontations between the people and the regime’s suppressive forces. These include Shiraz, Mahshahr, Behbahan, Isfahan, Kermanshah, Karaj, Eslamshahr, Marivan, Shahriar, Fardis, Shahrak-e Taleqan in Mahshahr, Khorramshahr, and towns in the vicinity of Tehran and Karaj.