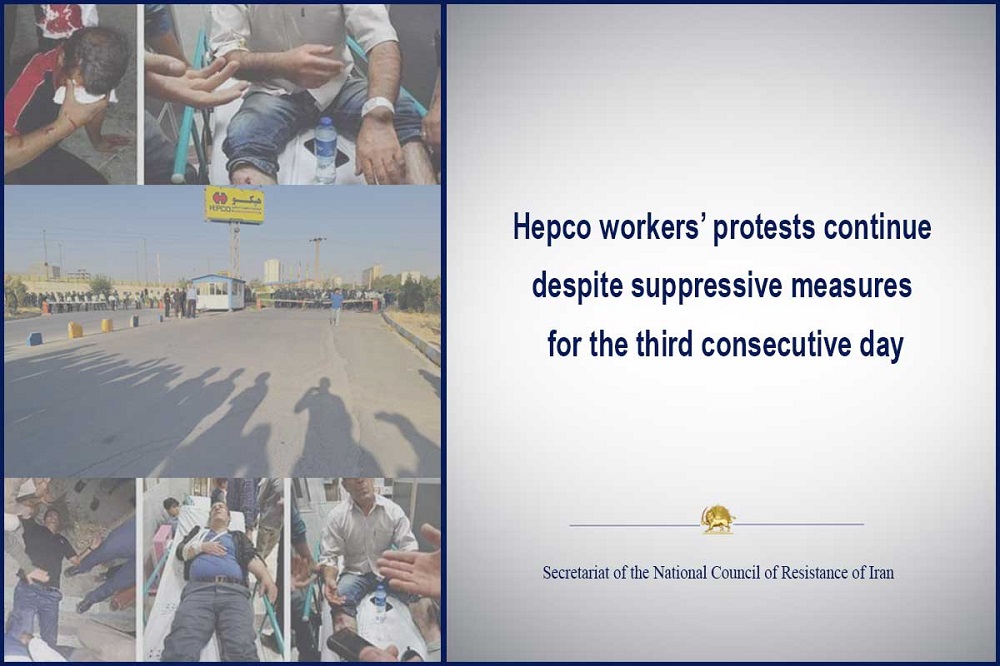 On Tuesday, September 17, 2019, in Arak who have continued their protests and demonstrations for the third consecutive day despite savage attacks by the regime’s agents. pic.twitter.com/3Uam9u4dxS

Mrs. Maryam Rajavi, President-Elect of the National Council of Resistance of Iran (NCRI) hailed the brave Hepco workers that despite the brutal suppression by the mullahs’ regime continue with their protests and strikes. She called on all Iranian people specially the youths in Arak to rise up in support of the protesting workers. Mrs. Rajavi also called on all workers’ unions, human rights and workers’ rights defenders to condemn the mullahs’ suppressive measures and support the demands of all Iranian workers particularly that of Hepco’s. She calls for an immediate release of all detained workers.

Secretariat of the National Council of Resistance of Iran
September 17, 2019

Previous articleSenator Cruz Urges U.S. to Step Up Pressure on Iran’s Regime After Saudi Oil Attack
Next articleIran Regime’s Supreme Leader Rules out Talks With U.S. at Any Level