Iran: Three Executions in Public in Shiraz Simultaneously With the Rise of Popular Protests 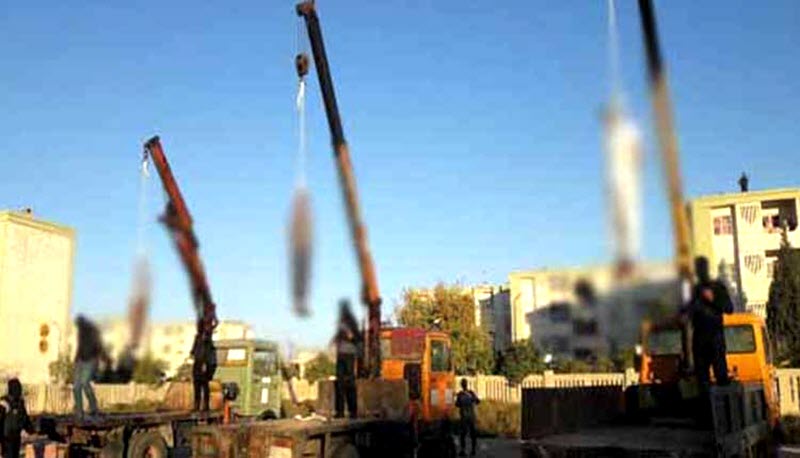 On Wednesday morning of November 21, the inhumane clerical regime, in a brutal act, hanged three prisoners collectively in public in Shiraz on the mullah-made charge of moharebeh (fighting with God).

While in spite of arbitrary arrests and all kinds of suppressive measures, protests by the various strata of the population, including the strikes and demonstrations of brave workers of Ahvaz Steel and Haft Tappeh Sugacane, have been spreading, the clerical regime has resorted to public executions in order to step up the atmosphere of terror and to prevent an outbreak of people's anger.

The Iranian Resistance calls on the all international human rights advocates, in particular the High Commissioner for Human Rights, the Special Rapporteur on the situation of human rights in Iran and the rapporteur on arbitrary executions, to condemn these brutal executions and to take immediate action to stop this medieval sentencing. Any relation with the regime of Velayat-e faqih should be contingent upon improving the human rights situation.

Secretariat of the National Council of Resistance of Iran
November 21, 2018