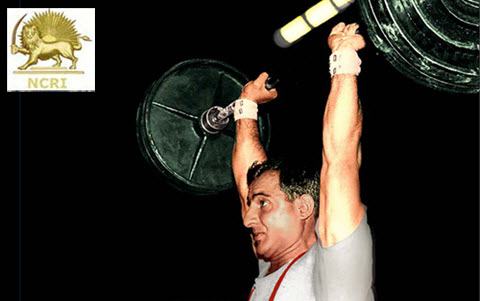 Manouchehr Boroumand, a famous Iranian champion, who had won gold medal in heavyweight weightlifting in the Asian Games, passed away. Manuchehr Boroumand was the most powerful man in the Asian continent and the first Asian weightlifter who crossed the 500 kg barrier in the total in the 1966 World Weightlifting Championships in Berlin, and made his name eternal in the sports history.
Manouchehr Boroumand was a modest man who loved sports. Following the anti-monarchy revolution in 1979, he continued to train Iran’s national weightlifting team, and later he headed Iran Weightlifting Federation. However, after a while when he became aware about the anti-Iranian and anti-popular acts of the mullahs, he preferred to resign than cooperation with the mullahs, and no longer appeared in any sport scenes.

We express our heartfelt condolences for the demise of this Iranian famous weightlifting champion to his family and all Iranian athletes, especially Iranian weightlifters, and all freedom-loving people of Iran.

Peace be upon him.

Moslem Eskandar-Filabi
Chairman of the Sports Committee of the National Council of Resistance of Iran
December 22, 2017