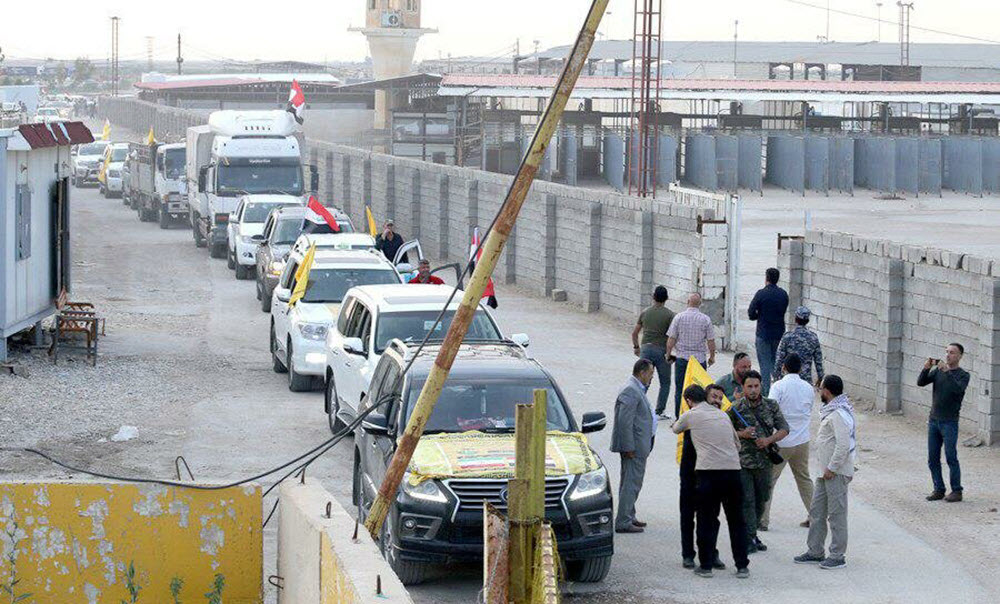 While the devastating flood affects more regions of the country, such as Khorasan, Hormozgan, Kerman, and other provinces of the country, the religious fascism ruling Iran has resorted to suppressive measures against the people of these areas and preventing popular protests instead of helping flood victims.

In this regard, IRGC Colonel Shahin Hasanwand said 24 people were arrested on ridiculous charges of “spreading flood rumors” in Khuzestan province.

On the other hand, in the recent days, the mullahs’ regime has transferred a large number of militants affiliated to the Qods Force in Iraq, known as Hashd al-Sha’bi (PMF) on the pretext of distributing aid to flood victims, with weapons and armored vehicles to Ahvaz and other parts of Khuzestan to suppress the protesters.

The state media used a ridiculous justification to cover the scandal of widespread presence of PMF in the flood-hit areas, saying that the forces had gone to Khuzestan in coordination with the clerical regime to protect Iraq, especially the city of Amara, against the flood!

Moreover, according to government media, another group of the Qods Force Iraqi mercenaries, known as Nojaba, “with more than 100 light and heavy vehicles, entered the territory of Iran from the Mehran border … ” According to the same media,”all managers of representative offices of Nojaba in Iraq and Head of the Executive Council of the Movement accompany the caravan.”

On the other hand, the Afghan and Pakistani militants of the Revolutionary Guards (known as Fatemiyoun and Zeinbaiyoun) have been stationed in some flood-affected areas, such as Lorestan.

IRGC General Qasem Soleimani, the criminal leader of the Qods Force, has gone to the flood-affected areas to monitor these repressive measures.

Secretariat of the National Council of Resistance of Iran
April 14, 2019