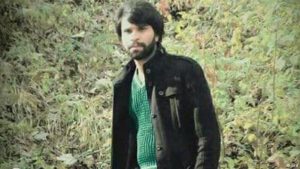 Baluch political prisoner Javid Dehghan Khald, who has been in prison for five and a half years, has been transferred to solitary confinement in Zahedan Central Prison for execution. He was arrested in May 2015 and sentenced to death in April 2017 by the court in Zahedan on charges of Moharebeh (waging war on God).

After his arrest, Javid was held in solitary confinement for a long time, and was severely tortured to obtain forced confession, including being lashed with cables and having his fingernails pulled out.

Javid Dehghan’s case is said to be under the control of the IRGC and the mullahs’ court has rejected his lawyer’s request for an appeal on the advice of the IRGC who has called for his speedy execution.

The Iranian Resistance urges the United Nations Secretary-General, the UN Council and the UN High Commissioner for Human Rights as well as other human rights organizations to take immediate action to save the life of this political prisoner and once again reiterates the need to send an international commission of inquiry to visit the Iranian regime’s prisons and meet with the prisoners, especially political prisoners and prisoners on death row.

Secretariat of the National Council of Resistance of Iran (NCRI)
January 29, 2021