IRAN: People of Borazjan Protest Against Power Failure and Lack of Drinking Water 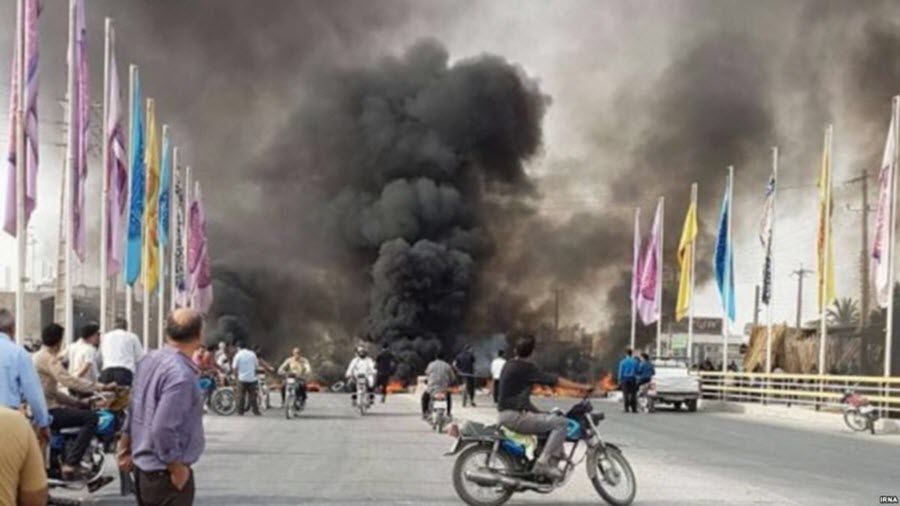 Today, Sunday, July 22, the brave people of Borazjan (southern Iran) protested against lack of drinking water and clashed with the repressive forces that were trying to disperse them. They expressed their outrage by setting tires on fire on the Borazjan-Bushehr road.

In the extreme heat of the region, the people of Borazjan are deprived of drinking water, and they live under very dire conditions due to power failure.

Two weeks ago, the people of Borazjan started extensive protests against power and water outage, and demanded attention to their dire living conditions. The regime's authorities pledged to address their situation by giving hollow promises in order to prevent a continuation of protests, but no action has been taken in this regard ever since.

The Iranian Resistance salutes the protesters and reiterates that lack of water, poverty, unemployment, and destruction of the environment are the result of the corrupt mullahs’ rule. The overthrow of this regime and the establishment of democracy is the first step for equality, justice and prosperity in Iran.

Secretariat of the National Council of Resistance of Iran
July 22, 2018