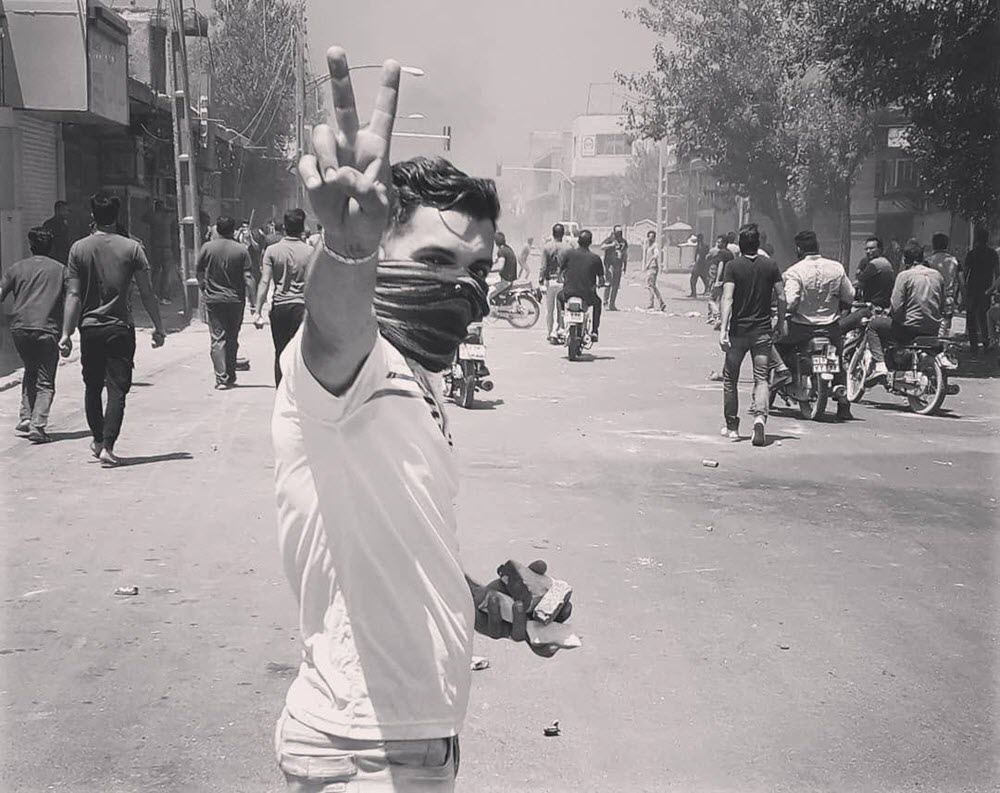 August 2, 2018. A beautiful & inspirational image of the youth in New Shapur district as they clash against the regime's security forces.

Thousands of people from Mashhad rallied from Shohada Square to Tohid Square and chanted the slogans: "Death to the Dictator; Down with high prices; Shame on you who live in palaces, let go of the country. The repressive forces started shooting into the air and firing blank guns. The riot guard attacked the people and arrested some of them, but the people continued to confront and continue their protests. They also chanted: High prices, misery, down with Rouhani.