Maryam Rajavi Saluted the People of Karaj, Especially the Girls, and Called for Public Solidarity With Them 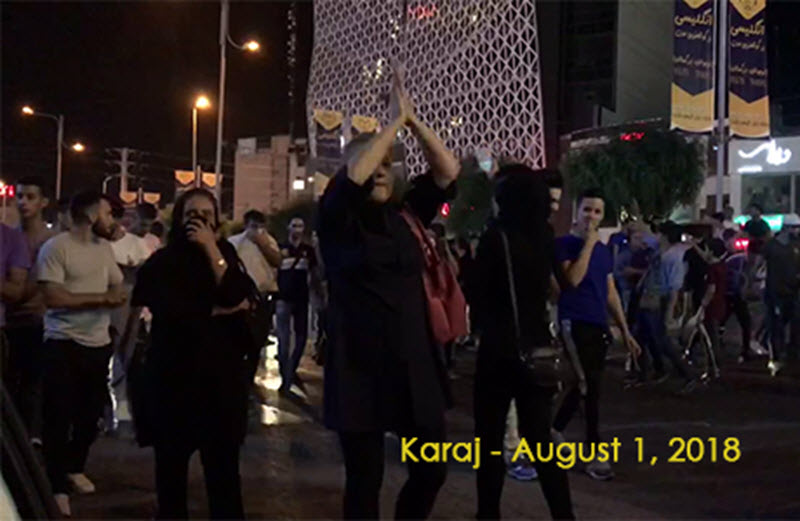 Courageous people and youths, especially young girls, demonstrated on Wednesday evening, August 1, for the second straight day. Police and suppressive intelligence forces, riot guards, IRGC, Bassij and criminal plainclothes mercenaries were deployed to prevent uprising of the fed-up people. However, the fearless youths rallied from the first square of Gohardasht toward Motahari Street. The crowd, which was growing every moment, chanted: “Cannon, tank, firecracker, the mullahs must get lost”; “Death to the Dictator”; “Our enemy is right here; they are lying that it is America!”; “Let go of Syria, think about us”; “Khamenei lives like gods, while the people live in poverty”.

Youths confronted the repressive forces with stones and bricks, punished them, and forced the mercenaries to flee. A police car and a number of anti-riot and Bassij motorcycles were set ablaze. 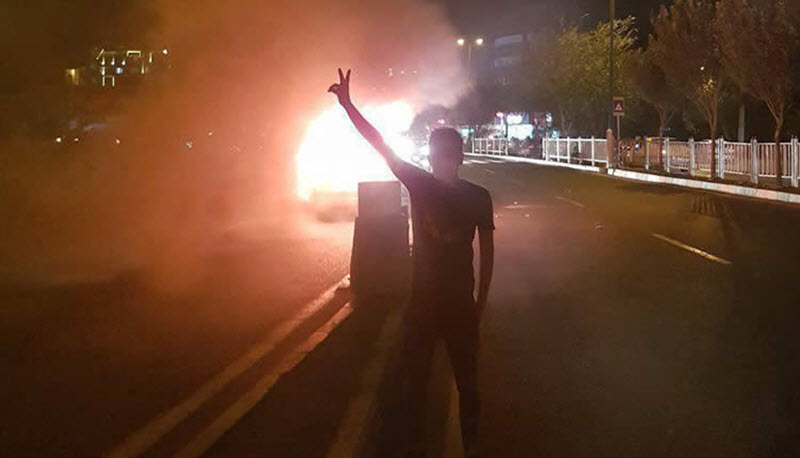 Mrs. Maryam Rajavi, President-elect of the Iranian Resistance, saluted the young uprisers of Karaj, praising the courage of freedom-loving girls at the forefront of the protests against the suppressive and corrupt regime of the Velayat-e faqih. She described their presence and struggle as the pride of the Iranian people, especially the freedom-loving women. She called on all people, especially women and youth, to show their solidarity and support for the rising people in Karaj.

Previous article
Iran: Regime Must Be Toppled in Order for Economy to Recover
Next article
Uprising in Isfahan, Shiraz, Mashhad, Shahin Shahr and Najaf Abad