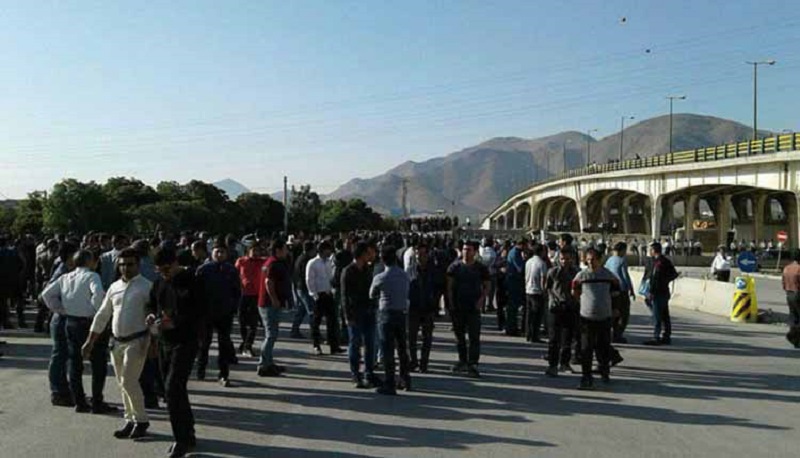 On October 8, 2019, for the third consecutive day, the protest gathering of Azarab’s workers continued. On Sunday, October 6, 2019, workers of Azarab Company had organized a gathering on the Tehran-Arak highway to protest the sale of the company and to demand their unpaid wages. They closed the main square at the city’s entrance.

A day before, on October 7, the workers had gathered and marched outside the company. The Revolutionary Guards’ anti-riot units attacked them by firing tear gas into the crowd. They blocked the demonstrators from entering the city fearing that the youths might join the protesting workers.