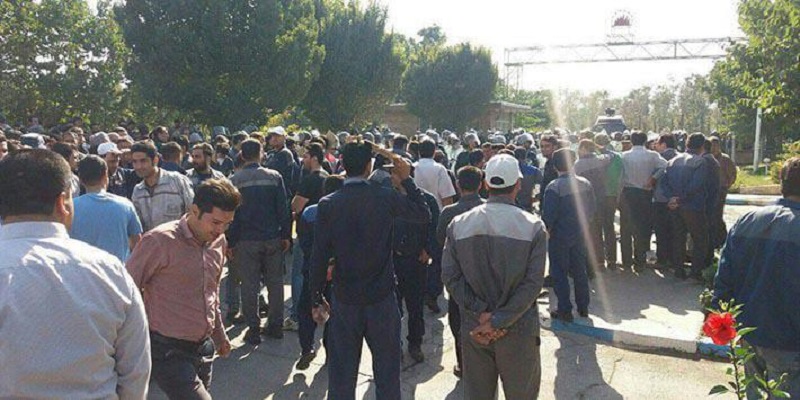 On Sunday, October 20, 2019, workers at Azarab factory in the city of Arak (central Iran) continued their demonstrations for the 12th day running despite repeated threats and suppressive measures by the regime.

Protesting about the lack of response to their just demands, the enraged workers blocked Tehran-Ahvaz railway.

The suppressive forces attacked the protesting workers, fired teargas to disperse them and arrested a number of the workers.

Since the start of the new round of protests by Azarab workers, a number of them have been summoned and threatened by the intelligence and security agencies.