IRAN: Uprising by People of Ahvaz, Shadegan and Kut-E Abdollah 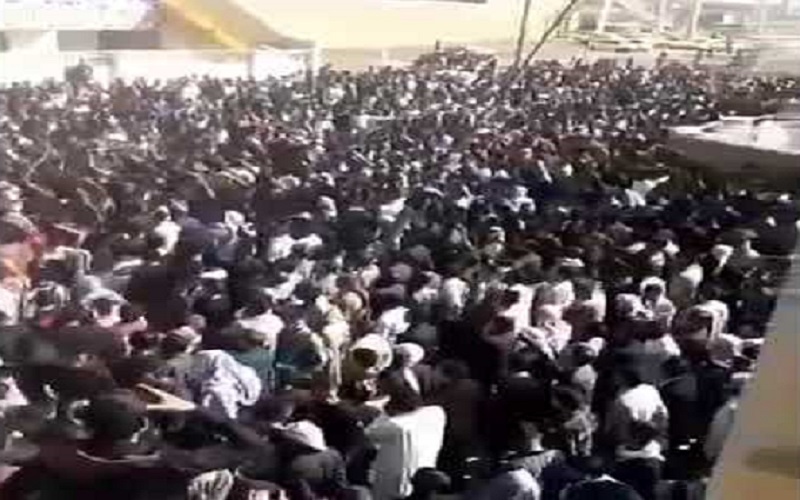 Protest broke out in Ahvaz, Shadegan and Kut-E Abdollah after a young and famous anti regime poet was killed suspiciously by regime forces- November 11, 2019

Last night and today, November 10 and 11, the residents of Ahvaz, Shadegan and Kut-e Abdollah (southwestern Khuzestan Province), poured onto the streets to protest against the suspicious murder of an Ahvazi poet, Hassan Heidari.

Sunday evening, the people of Ahvaz, Shadegan and Kut-e Abdollah set fires, put up barricades, and blocked the streets in protest. The young people clashed with the anti-riot forces dispatched to suppress the protests. In some parts of Kut-e Abdollah smoke from burning tires has filled the air.

On Sunday, November 11, Mr. Heidari, 29, who had been arrested repeatedly for writing anti-regime poems, was suspiciously poisoned and subsequently died in a Hospital.

Terrified of the spread of the protests, the clerical regime forced Mr. Heidari’s family to bury him secretly, allowing the presence of only a few of his relatives. Nevertheless, a huge crowd went to the cemetery, causing heavy traffic in Kut-e Abdollah.

November 11 - Shadegan, southwest #Iran
Locals protesting the suspicious murder of a poet. Many are accusing the Iranian regime's Ministry of Intelligence & Security (MOIS) of poisoning the man.pic.twitter.com/u7JgnYDduE

The Iranian Resistance urges the people of Khuzestan to support the protests in Ahvaz, Shadegan and Kut-e Abdollah and calls on international human rights organizations to condemn the clerical regime’s anti-human crimes.