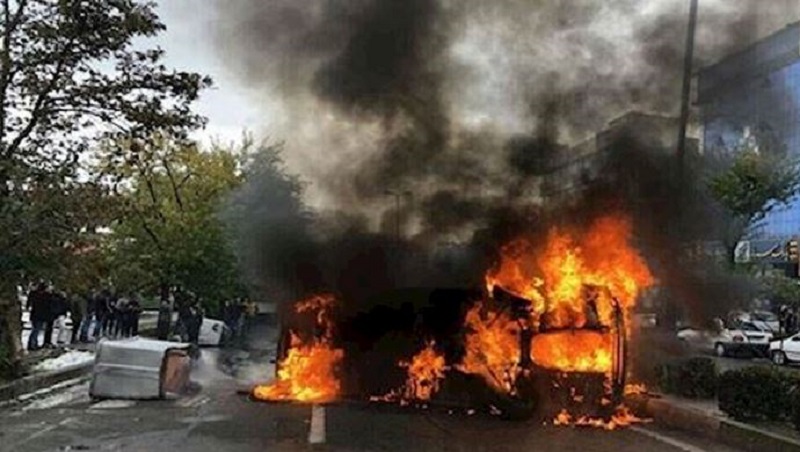 There were clashes in 110 locations in Isfahan Province. Tehran Friday Prayer Leader: Dangerous planning is involved. They waged war on God and Judiciary must act quickly

Speaking at the Friday prayer congregation in Tehran, the prayer leader Ali Akbari expressed panic over the extensive dimensions of the Iranian people’s uprising.

“This episode involves very dangerous planning. They have spent a lot of money, provided precise training and logistical support. It was, in their own words, the result of two years of extensive organizational work, identifying [targets], training, equipping and arming… It was a very dangerous and planned conspiracy,” he said. While demanding that the protesters be executed, Akbari added, “The sentence of waging war on God [execution] – the pinnacle of Islamic punishments - is being considered for these people…. The Judiciary must arrest these people and act quickly.”

In another development, Yadollah Javani, the Political Deputy to the IRGC, said, “These incidents, being so widespread with such dimensions, were unprecedented in the 40-year history of the Islamic Revolution. What happened in the final days of Aban (mid-November) was a widespread and new phenomenon. While we had seen similar incidents, such as attacking and torching Bassij bases, banks and government centers during the 2009 and 2018 revolts, they were nevertheless much smaller than the recent incidents. The events on Saturday and Sunday were extensive and continued in 29 provinces and hundreds of cities. Isfahan was one of the provinces where protests and clashes occurred in 110 locations. In respect of gatherings, Isfahan came in third after Fars and Tehran provinces.”