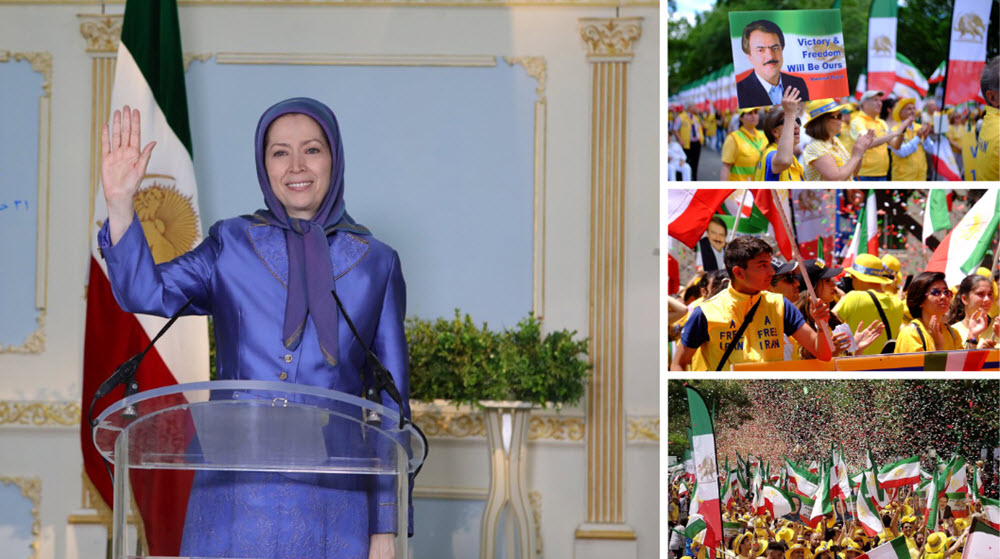 On Friday, June 20, 2019 the day of martyrs and political prisoners and on the anniversary of the Iranian people's resistance against religious fascism ruling Iran, thousands of Iranians gathered in front of the US State Department in Washington and marched towards the White House. A number of prominent American personalities, Congressmen Brad Sherman and Tom McClintock, former US Ambassador and Governor Bill Richardson, Vice Chief of Staff of the US Army General Jack Keane and Senator Robert Torricelli spoke at the rally.

Reiterating that the clerical regime is the main cause of war and crisis in the region, Mrs. Rajavi said, “The real question in dealing with the religious fascism ruling Iran is choosing either appeasement or firmness vis-a-vis the mullahs? Despite the fact that for 40 years this regime is at war with the people of Iran and the world, those who continue to benefit from it engage in fearmongering about a looming war and deter the world community from being decisive, hence encouraging appeasement. Based on 40 years of experience, the mullahs’ regime lacks any capacity for reform and changing its behavior. Khamenei says changing the regime's behavior is tantamount to regime change.”