NCRI – Maryam Rajavi, President-elect of the Iranian Resistance, on Wednesday sent her greetings to mark the Eid al-Fitr.

Maryam Rajavi said: Congratulations on the advent of Eid-al Fitr to my dear compatriots and Muslims all over the world.

I wish the emancipating messages of this great Eid would embrace all Muslim communities, particularly in the Middle East to bring them peace and freedom, and rid the region and the world from fundamentalism and extremism under the banner of Islam whose epicenter is in the mullahs-ruled Iran, Mrs. Rajavi said.

My special wishes for the people of Syria for a rapid victory in their battle against the dictator Bashar Assad and the religious dictatorship in Iran, Mrs. Rajavi added. 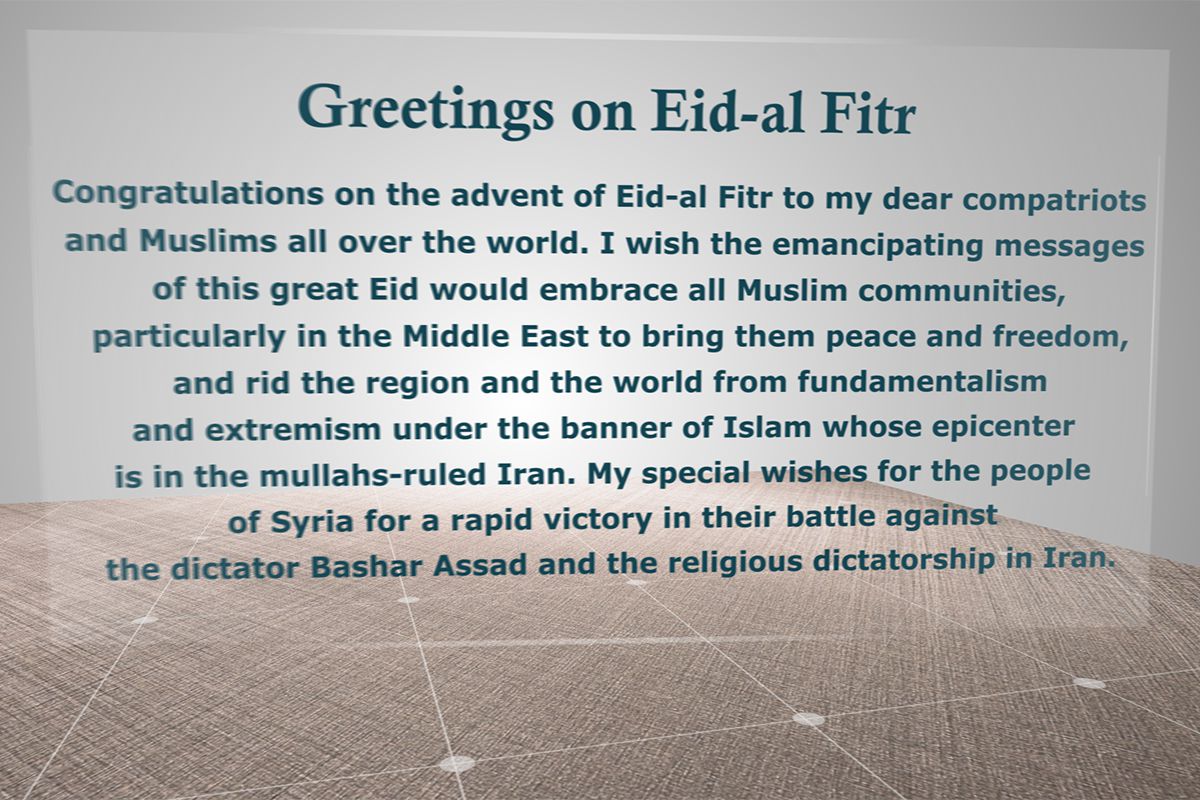