Maryam Rajavi: The Mullahs’ Religious Fascism in Iran Is Fleeting, and Devoid of Any Future 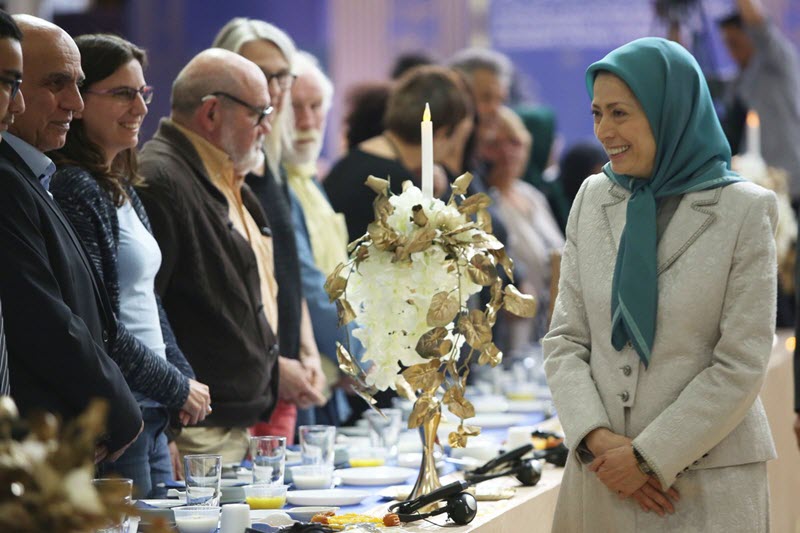 In a gathering on the advent of the Holy Month of Ramadan on Saturday, May 19, 2018, the NCRI President-elect Maryam Rajavi described the religious dictatorship ruling Iran as the worst enemy of God and His people for inflicting oppression and injustice on people under the name of God and Islam. She said the history of Islam has never seen any rulers more corrupt and criminal than the mullahs.

She wished this month to be a month of emancipation, peace and solidarity for the world, and the nations of the Middle East, particularly the brother nation of Syria, be relieved from war, slaughter, devastation and the evil reign of the Iranian regime.

“Today, the first step in solving the Syrian problem is evicting the Revolutionary Guard Corps (IRGC) from that country,” Maryam Rajavi added. “Elimination of the Iranian regime’s terrorism and nuclear threat is only possible by getting rid of the entire regime. Peace, democracy, security and stability in the Middle East necessarily depend on ending the rule of religious dictatorship and fascism in Iran.”

Addressing the gathering of Muslim dignitaries from various countries, Mrs. Rajavi emphasized the importance of a broad-based and continuous protest movement in Iran and said, “Iran’s uprising erupted in late December 2017, but its waves have continued ever since, through the strikes and protests of workers, farmers, teachers, plundered people and other social strata. The essential significance of the revolt is that it has opted for the regime’s overthrow.”

She added, “The mullahs’ religious fascism in Iran is fleeting, and devoid of any future.” 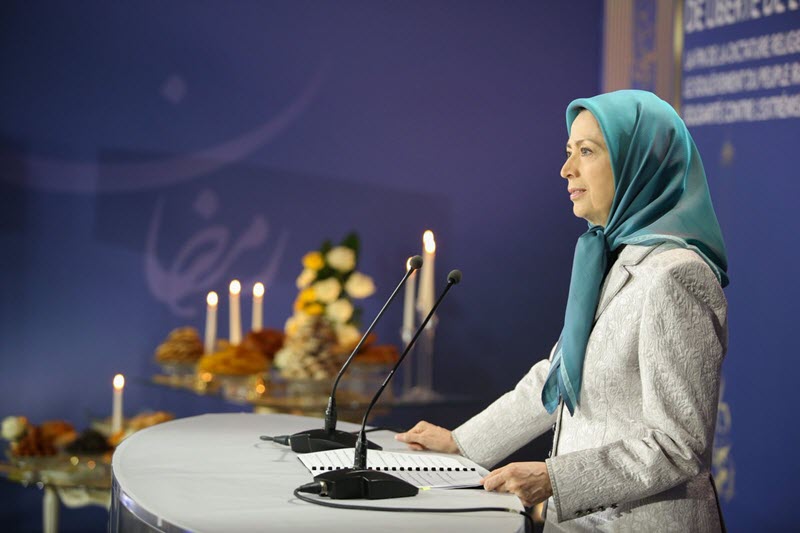 In another part of her speech, she noted, “To confront the Iranian regime’s warmongering and export of terrorism and fundamentalism, one must support the Iranian people’s uprising. Turning a blind eye on the suppression and slaughter of the people of Iran emboldens the mullahs’ religious tyranny in its crimes. The UN Security Council must refer the dossiers of the Iranian regime’s leaders on terrorism and human rights abuses, especially the massacre of political prisoners, to an international tribunal.”

Mrs. Rajavi said, “In contrast to the principle of Velayat-e Faqih, we defend genunine Islam, whereby the right to popular sovereignty is recognized as the highest right for everyone, which rejects compulsory religion and religious compulsions, and which is based on freedom, popular sovereignty, rejection of economic exploitation, and equality of women and men. It promotes fraternity among all religions and leaves no place for religious wars and discord among Sunnis and Shiites.”

The NCRI President-elect reiterated that recognition of the National Council of Resistance of Iran as the democratic alternative to the mullahs’ religious tyranny is a necessary step contributing to the overthrow of the clerical regime. She asserted, “It is imperative to compensate for the damages caused by the policy of appeasement prolonging the mullahs’ rule over the past few decades. With the resolve of the people of Iran and all Middle East nations, freedom, democracy, peace and brotherhood will undoubtedly surmount the criminals.”

Secretariat of the National Council of Resistance of Iran
May 19, 2018 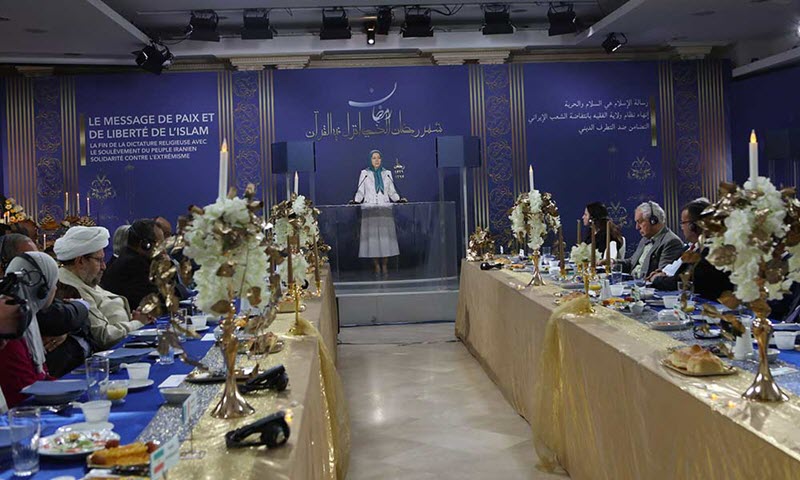 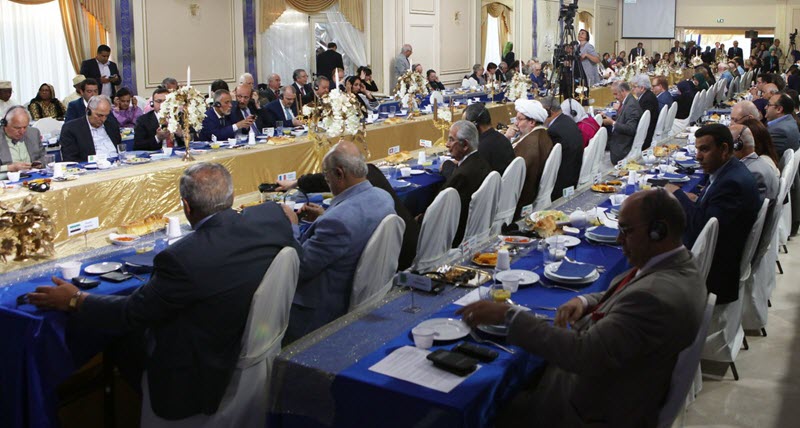