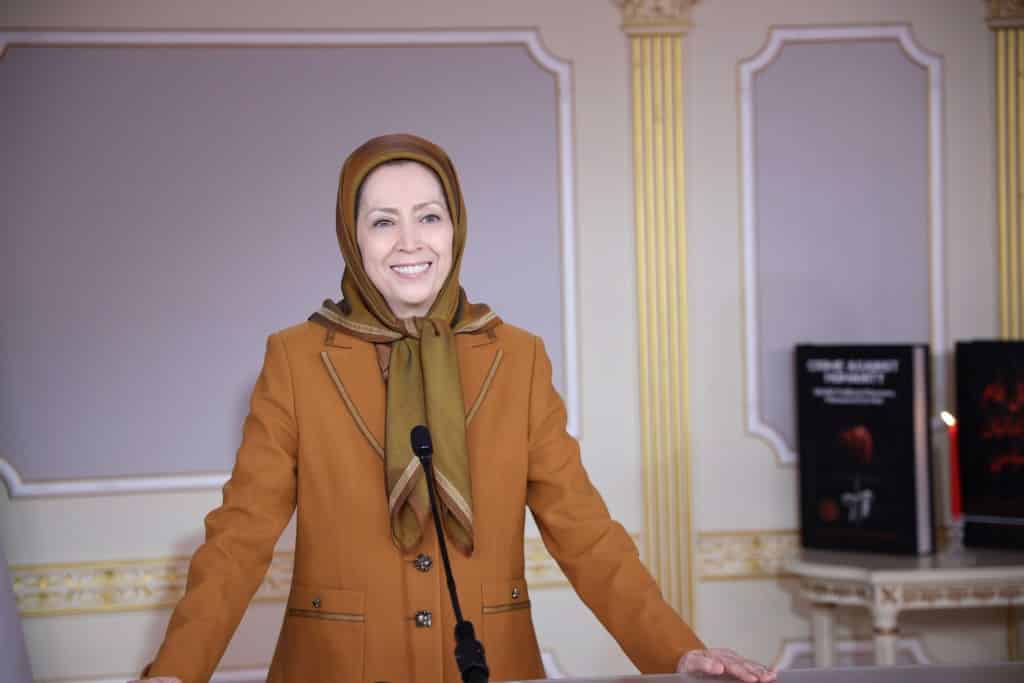 Perseverance of the Heroes Who Stood Their Ground in 1988 Is the Iranian People’s National Honor and Judge of Values
Investigation Into 1988 Massacre Should Be Extended to All Prisons Across Iran, Beginning in 1981

At the end of Hamid Noury’s trial (a henchman of the 1988 massacre) in Sweden, Mrs. Maryam Rajavi, the President-elect of the National Council of Resistance of Iran (NCRI), sent a message to the freedom-loving Iranians and the relatives of the martyrs, gathered and demonstrated outside the court in all circumstances from the beginning of the trial on August 10, 2021, to the end, on May 4. She described the protesters as justice seekers on behalf of the Mujahedin-e Khalq (MEK/PMOI) and the fighters who were massacred for their steadfast position and ceaselessly demonstrated and marched in the past nine months to urge the world to prosecute the mass murderers ruling Iran, for their crimes against humanity, war crimes, and genocide, who also stood fast and did not allow the mullahs’ Ministry of Intelligence succeed in its plots to divert and seize control of the Call for Justice Movement.

Emphasizing that the perseverance of the heroes who stood their ground in 1988 is the Iranian people’s national honor and judge of values, Mrs. Rajavi, said: The slaughter of political prisoners in Gohardasht Prison was declared a war crime and a crime against humanity, demanding the most severe punishment for one of the perpetrators involved. The announcement is just one of your magnificent Call for Justice campaign stages. However, it is the historical product of the sacrifices made by the political prisoners who stood their ground and were massacred starting in August 1988.

Reminding that the Iranian Resistance revealed the ongoing slaughter, and particularly the contents of Khomeini’s fatwa beginning in late July and August of 1988, Mrs. Rajavi said: At the time, the MEK and its supporters held demonstrations and hunger strikes in many countries to inform and awaken international public opinion. Over the past 34 years, the Iranian Resistance has held hundreds and thousands of conferences, demonstrations, rallies, and symbolic tribunals, revealing documents, names of victims, and locations of unmarked graves and mass graves.

Mrs. Rajavi hailed everyone who sacrificed and endeavored in the Call for Justice Movement for the past three decades, including Prof. Kazem Rajavi (Massoud Rajavi’s older brother and Iran’s first ambassador to the United Nations after the 1979 revolution, who was assassinated by the regime in 1995 in Geneva) and all those who were arrested and tortured for collecting information on the massacre, filing a complaint, or protesting against the regime. She also hailed the MEK and Marxist prisoners for their accurate testimonies, who, with a deep sense of responsibility, have supplied the essential irrefutable details on the 1988 massacre for the Prosecutor’s indictment. Mrs. Rajavi, therefore, reiterated: The trial in Stockholm proved the validity of the PMOI prisoners’ testimonies. It also confirmed that the 34-year revelations of the PMOI and the National Council of Resistance of Iran (NCRI) about the massacre were credible. This is a massive blow to the clerical regime, which kept denying the killings from the onset.

Referring to the conspiracies and gimmicks used by the regime to hide or trivialize the Justice Movement for the 1988 massacre of 30,000 political prisoners, Mrs. Rajavi noted: The trial’s process and results until this point mean that the Iranian regime’s conspiracies against the Call for Justice Movement have largely failed. The murderers and mercenaries who harbor the illusion that they can hide or trivialize the massacre by destroying the victims’ tombs or by all kinds of lies are sorely mistaken. Those trying in vain to use the martyrdom of 30,000 political prisoners to conspire against the PMOI and their leader are seriously mistaken. The brilliance of this glorious epic of our times, the tremendous sacrifice of those steadfast heroes, and their historical status and dignity have turned into the Iranian people’s national honor and judge of values. The mullahs and their accomplices have not and will not be able to seize or deviate it.

The President-elect of the NCRI concluded her message to the freedom-loving Iranian rally by saying: The investigation into the genocide and crimes against humanity during the 1988 massacre of political prisoners should be extended to all prisons across Iran, not just Gohardasht Prison, beginning in 1981. Iran’s courageous children and we will confront the regime’s leaders, executioners, and mercenaries in the Iranian people’s court of justice.