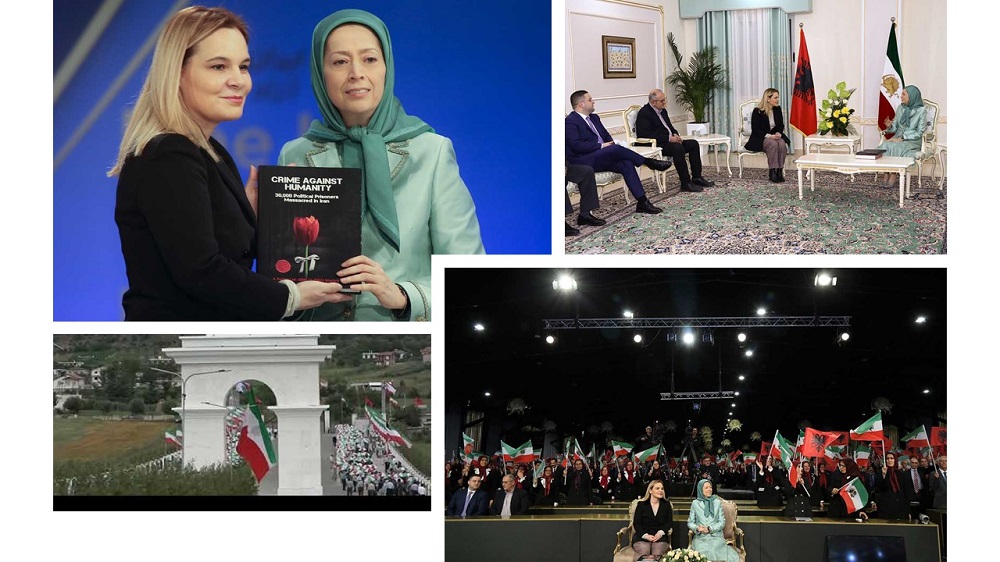 January 29, 2020: Mrs. Monika Kryemadhi, heading a delegation from the Socialist Movement for Integration Party, visited Ashraf-3 and met with Mrs. Maryam Rajavi, the President-elect of the National Council of Resistance of Iran

In addition to Chairwoman, other members of the delegation included Mr. Petrit Vasili, Deputy Chair, and Mr. Eriol Braimllari, her Chief of Staff.

Chairwoman Kryemadhi and the accompanying delegation toured the Museum of 120 Years of Struggle for Freedom in Iran at Ashraf-3.

The delegation also visited thousands of members of the Mujahedin-e Khalq (PMOI/MEK) in Ashraf-3, which Mrs. Kryemadhi described as “a beautiful city.” 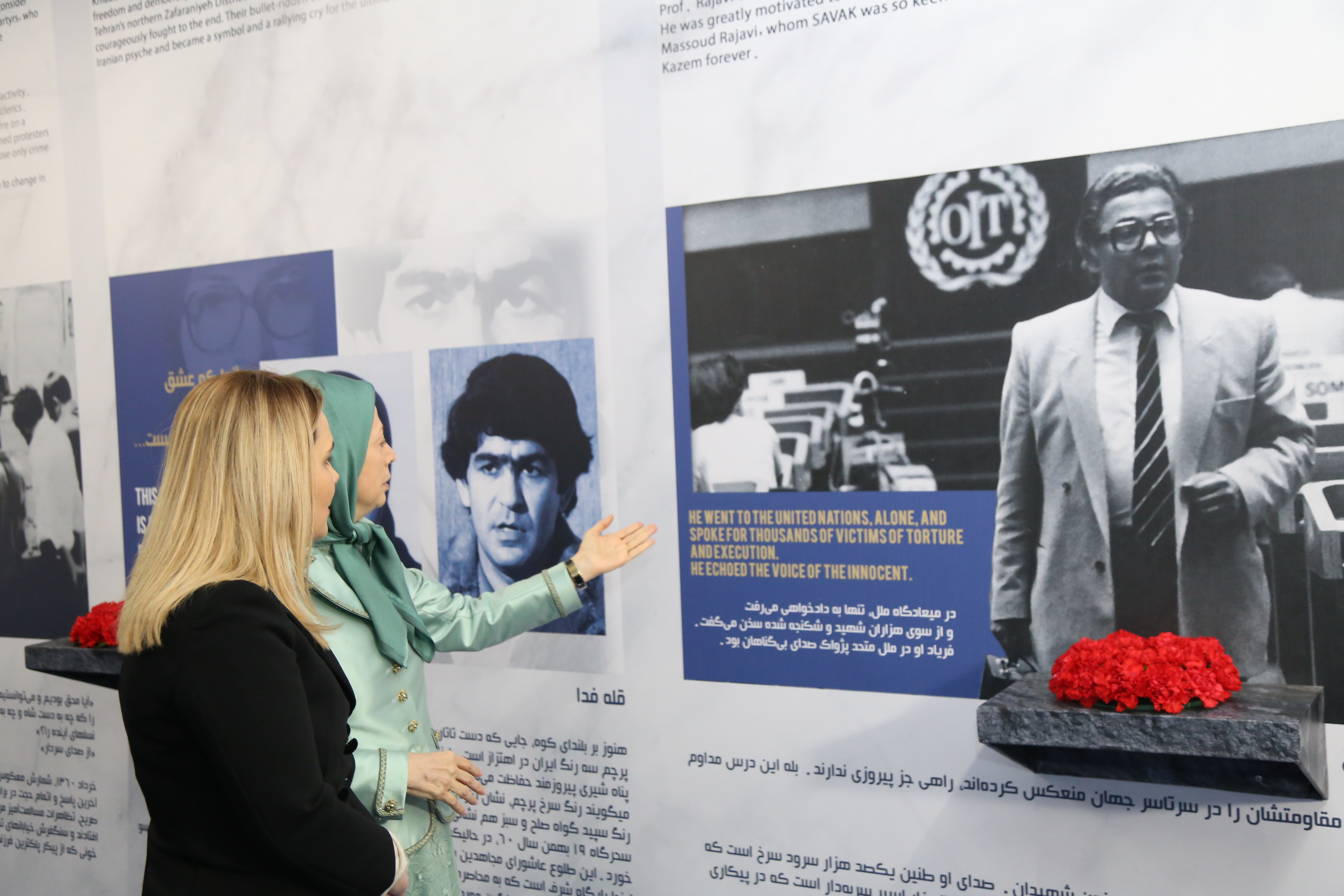 Expressing her pleasure in meeting the combatants of Iran’s freedom, Mrs. Kryemadhi said that she had been quite moved during her visit to the museum. “What I saw, was shocking. But I felt privileged to have been given the opportunity to visit the museum and sensed the strength of women and men in your movement in the way they fought for democracy in Iran. I learned a lot from my visit,” Mrs. Kryemadhi noted.

Noting that “Albania and Albanian people are known for their hospitality toward people driven from their home,” Chairwoman Kryemadhi added, “In your museum and in the book of martyrs, I found the force and motivation of the Iranian Resistance to fight for freedom and democracy. This is the same force that enabled the people of Albania to achieve freedom and democracy.” She said, “I now understand why the regime in Iran is so afraid of you because you have the mindset and the mentality to bring democracy to your country, something which is reflected in your Ten-point Plan.”

Mrs. Rajavi welcomed Chairwoman Kryemadhi and her delegation. Expressing her gratitude over the hospitality of the people of Albania, she said we are delighted to enjoy cross-party support in Albania. Today, the Iranian people are at a watershed moment in their history. The uprisings in November 2019 and January 2020 again demonstrated that the people of Iran, especially the youth and the Resistance Units, are determined to end the religious dictatorship with all its factions. To achieve freedom, they are willing to pay whatever price. I have no doubt that Iran will be free very soon.

Mrs. Rajavi added that the expulsion of the Iranian regime’s ambassador and three other so-called diplomats from Albania reflected the vigilance and decisiveness exercised by Albania and a sign of that country’s commitment to humanitarian values. It also made it abundantly clear that the religious, terrorist dictatorship ruling our nation can neither change its nature nor its behavior.

The NCRI’s President-elect said Albania’s actions vis-à-vis the Iranian regime must serve as an example for all countries, especially in Europe. The policy of appeasing the regime, which paved the

way for terrorism, must be abandoned. It is time to adopt a decisive policy towards the godfather of terrorism and fundamentalism. Any investment in this moribund regime is doomed to failure.