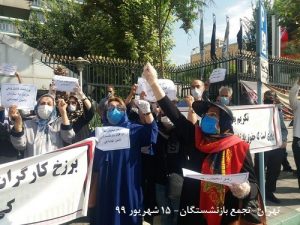 On Saturday, September 5, hundreds of retirees and pensioners gathered in front of the offices of the regime’s Social Security Organization to protest poverty, inflation, and high prices. Retirees came from Tehran, Mashhad, Rasht, Ahvaz, Bushehr, Karaj, Urmia, Tabriz, Arak, Bojnurd, Khorramabad, Kerman, Lahijan, Shush, Neyshabur, and other cities in Iran to protest for their rights. Repressive State Security Forces (SSF) and special riot forces appeared at the rallies with full gear to prevent the public from joining the protesters.

Despite promises of negotiations with retirees’ representatives, protesters in Tehran continued their rally, chanting, “We will not give in until we get our rights” and “Inflation, high prices, Rouhani must respond.”

The retirees are demanding pay that reflects current inflation and high prices. They also want to manage the retirement unions and centers by themselves and without the intervention of regime agents and plunderers.

The demonstrators also chanted slogans such as:

“When will the sufferings of the retired social security workers end?”

“Government must pay its debt to the social security organization.”

“It’s high time to give equal pay to retirees.”

“The state is responsible for the bankrupt Retiree’s Fund.”

“We can only achieve our rights by taking it to the street.”

In some cities, repressive forces tried to prevent rallies by threatening and intimidating the retirees. In Rasht, a female pensioner participating in the protest rally was arrested and taken away by the SSF forces. In Karaj, SSF surrounded the protesters and dispersed them. In Yazd, repressive forces forcibly dispersed the retirees, saying that the MEK organized the rally. 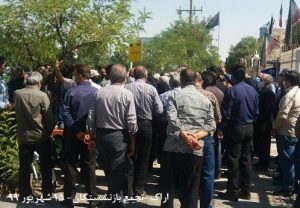 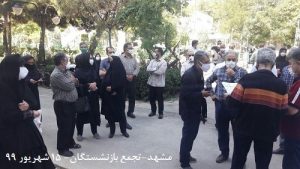 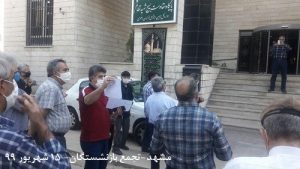 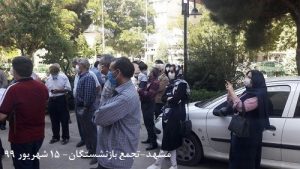 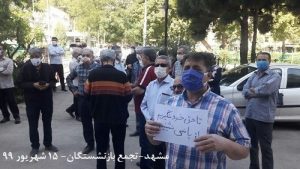 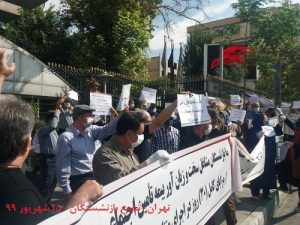 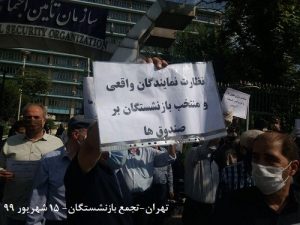 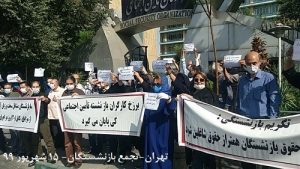 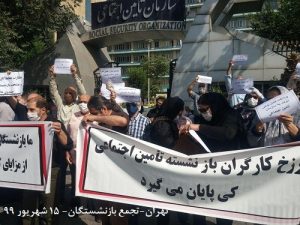 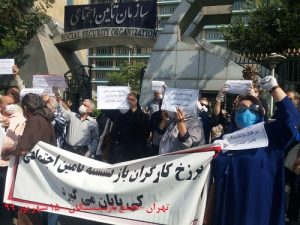 Regime's Deputy Health Minister: The entire city in all 43cities which we have announced are almost closed, except for essential needs. Unfortunately, we...
Read more
Statements

Maryam Rajavi: The Brutal Torture and Murder of a Young Man in Iran Shows the Viciousness of a Regime That Can Only Rule Thru...

The international community must condemn this crime. State Security Force (SSF) should be blacklisted. Dealing with and appeasing with this regime is an affront to human...
Read more
Statements

Member of the Supreme Medical Council: According tothe reports from the medical staff and the statistics of those buried, the Coronavirus death toll...
Read more
Search