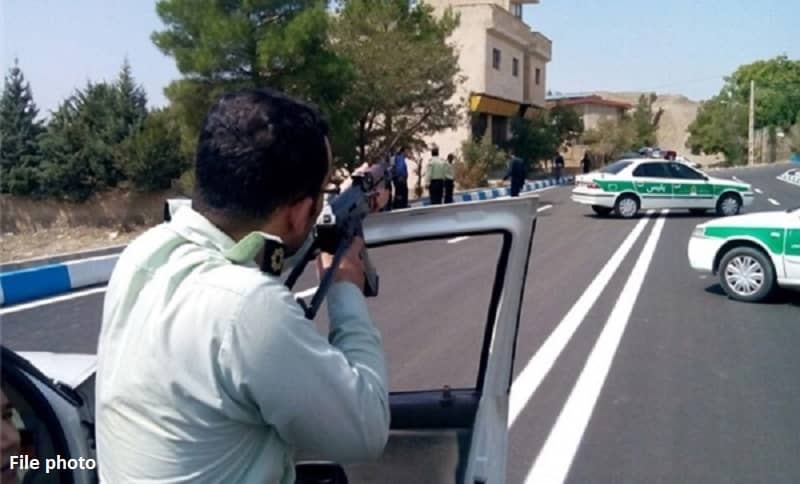 Mrs. Maryam Rajavi condemned the attack and urged the youth to rise up in support of the residents

On Sunday morning, January 24, 2021, the clerical regime’s repressive forces attacked and clashed with the local residents and shopkeepers in Kolahdooz region in Iranshahr (south east Iran) under the pretext of combatting smuggled fuel. In addition to the Revolutionary Guards (IRGC) and the State Security Force, the plainclothes Intelligence Ministry agents also participated in assault.

In another criminal act, yesterday, January 23, 2021, the repressive forces destroyed the foundation of the Sunni prayer site in Iranshahr on the orders of Khamenei’s representative in Sistan and Baluchestan Province. The action outraged Sunni residents in Iranshahr.

Fearing an uprising by the rebellious Balochis, who have been discriminated, deprived and oppressed by the regime the religious fascism ruling Iran has intensified its systematic repression of the people of this region and has executed more prisoners in this region than other parts of the country.

Mrs. Maryam Rajavi, the President-elect of the National Council of Resistance of Iran (NCRI), while saluting the rebellious youth of Iranshahr, strongly condemned the brutal attacks on the people of this city and the destruction of the Sunni mosque. She called on the youth to support the people who had come under attack. Mrs. Rajavi added: Through executions and the destruction of mosques and prayer site, the ruling clergies are desperately trying to prevent the uprising and protest of the deprived people of Baluchistan. These criminal acts will only increase the residents’ outrage and hatred towards this regime.

Secretariat of the National Council of Resistance of Iran (NCRI)
January 25, 2021

The mullahs ruling #Iran are trying in vain to prevent the protests and uprising of the impoverished people of Baluchistan by executions, attacks and destruction of their mosques. These criminal actions will only fuel their anger and hatred of the regime.

Saeed Namaki, regime’s Health Minister on the recent increase in COVID-19 fatalities: Some adversaries (within the system) led us to three-digit deaths. We...
Read more
Statements: Human Rights

Regime’s daily and state-controlled statistics: the highest death toll and infections in the past 57 and 81 days, respectively The actual COVID-19 death toll...
Read more