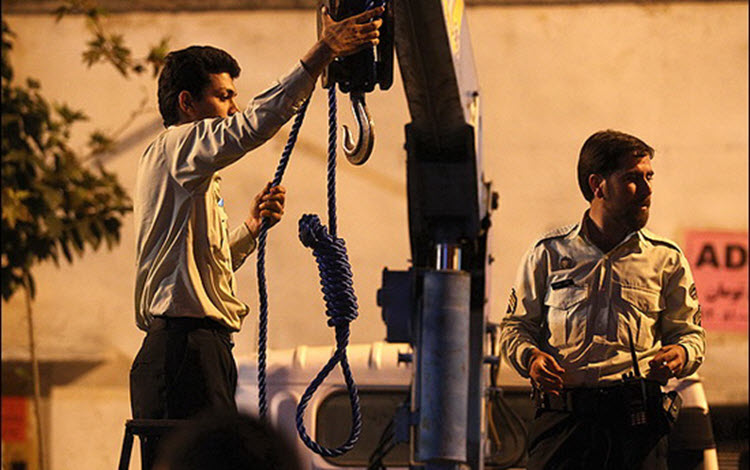 The regime has executed at least 33 individuals starting at the end of December 2020. There have also been several political executions within the last few months. In September, Tehran hanged national wrestling champion Navid Afkari for his role in the 2018 Iran protests. News from Iran indicates that recently the authorities harassed Navid’s coach, closing his gym. The regime’s agents also destroyed Navid’s tombstone recently.

Iran executed Navid Afkari despite an international outcry. When in December the regime hanged Ruhollah Zam, a French resident, simultaneous with a business forum with EU leaders, it confirmed its utmost disregard for international human rights standards and EU leaders’ “concern.”

Although the event was eventually canceled, organizers expressed their hope of holding another forum in the “near future.”

On the third anniversary of the Iran protests in January 2018, Amnesty International released a statement underlining how the international community’s inaction has provided impunity to Iran’s authorities to kill, detain and continue harassing activists.

Amnesty highlighted that this “impunity emboldened the authorities to escalate the unlawful use of lethal force in Nov 2019 protests.”

The regime has enjoyed this impunity since the 1980s. When in the summer of 1988, the authorities extrajudicially executed over 30,000 political prisoners, and the world stayed silent, the mullahs found out they could continue their killing spree as long as the international community continues its silence.

They underlined how the perpetrators of this massacre hold top positions and enjoy “systematic impunity.” The regime’s current Judiciary Chief Ebrahim Raisi and Justice Minister Alireza Avail are two of the main perpetrators of the 1988 massacre.

Their appointment as Iran’s top government and Judiciary officials is not only a sign of the regime’s disregard for human rights values but also indicates the regime has the intention of increasing human rights violations. The recent human rights abuses in Iran confirm this fact.

The UN experts underlined in their letter that the failure of the international community to “act” regarding the 1988 massacre “had a devastating impact on the survivors and families as well as on the general situation of human rights in Iran and emboldened Iran to continue to conceal the fate of the victims and to maintain a strategy of deflection and denial that continue to date.”

Today, the EU Foreign Ministers will attend the Foreign Affairs Council. This meeting comes in the wake of the recent adoption of a new global sanctions regime against human rights violators (a.k.a. Magnitsky Act) by all EU member states.

The Foreign Affairs Council takes place while the regime in Tehran continues its human rights abuses.

During today’s meeting, EU leaders should not forget about the gross human rights violations in Iran.

The trend of human rights abuses in Iran requires the EU to use its Magnitsky Act and impose sanctions on the regime.

The sanctions of this act are envisaged for human rights violations, including: “genocide; crimes against humanity; torture and other cruel, inhuman or degrading treatment; slavery; extrajudicial, summary or arbitrary executions and killings; enforced disappearance of persons; and arbitrary arrests or detentions.”

The regime’s crimes fall under all the categories above, and responding to it has been long overdue.

EU leaders should now use their new global sanctions regime to target Tehran’s regime and its officials for their human rights violations.

The Foreign Affairs Council should propose comprehensive sanctions on the regime for human rights abuses, ban the entry of all officials of Iran’s genocidal regime to Europe, and freeze their assets. EU leaders should make all relations with Iran contingent on an immediate halt to human rights abuses.

Holding the regime to account and ending its systematic impunity over human rights violations will do justice to the Iranian people, and by doing it, the EU would be upholding its moral and legal obligations.