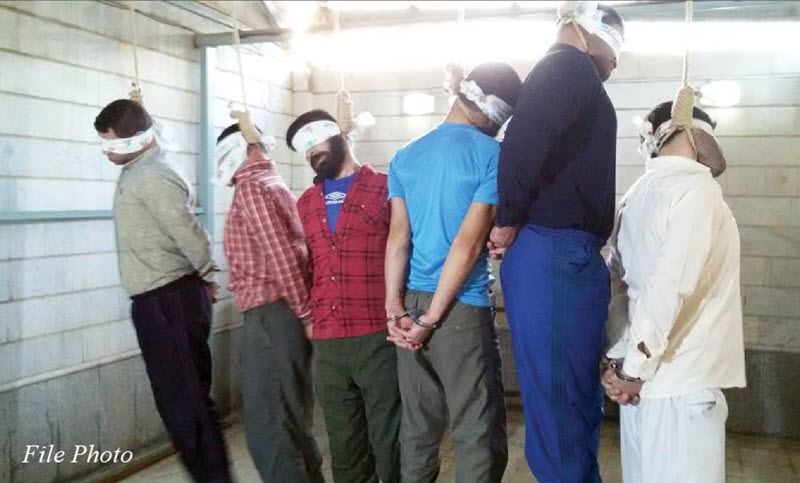 On September 3 and 5, the mullahs’ inhuman regime executed 11 prisoners in the South-Eastern city of Zahedan and Gohardasht (Karaj) – West of Tehran prisons. Three of these prisoners were sent to the gallows at Zahedan Prison at dawn on Tuesday September 3. The three prisoners, aged 21 to 24, were sentenced to death on the charge of killing a police officer. The regime’s authorities informed these three Balouch prisoners’ families that they would be required to pay for the execution ropes and provide blood money to the victims’ family in order to secure release of the bodies.

On Sept. 5, eight other prisoners were also executed in Gohardasht Prison.

The Iranian Resistance calls all human rights advocating authorities, in particular the High Commissioner for Human Rights and the special rapporteur on the situation of human rights in Iran, as well as the Working Group on Arbitrary Executions, to condemn these brutal executions and to take immediate action to prevent such brutal forms of punishment in Iran.

Engulfed with domestic and international crises that escalate and deepen every day, the mullahs’ regime has resorted to a new wave of executions in order to intensify the atmosphere of intimidation and terror in the society in a bid to prevent the spread of popular uprising. This is a criminal process that will only add to the anger of the people who are fed up with the ominous regime of Velayat-e Faqih.

Secretariat of the National Council of Resistance of Iran
Sept. 7, 2018