Iran: 19 Executions in One Week 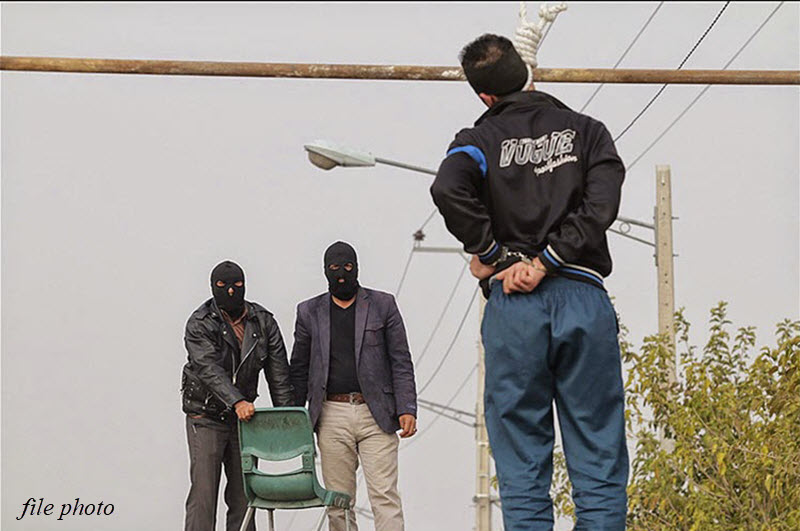 Iranian regime sent 19 prisoners to the gallows in cities of Gohardasht, Urmia, Hamedan,Tabriz, Kermanshah and Ilam prisons. Eight of the executed were hanged collectively in Gohardasht Prison in Karaj on April 18th.

On April 23, nine prisoners were sent to the gallows. Five of them were hanged collectively in Urmia prion, three prisoners in Keramanshah, and on prisoner in Ilam.

Unable to deal with the deadly crises, in particular, the increasing protests of the people fed up of injustice and repression, the religious tyranny ruling the country has increased the number of executions in different cities to intensify the atmosphere of intimidation in society.

Meanwhile, a 50-year-old prisoner Mohsen Parvas committed suicide and passed away on April 21 in protest at the harsh pressures imposed on him.

In yet another occasion, on April 22, a 31-year-old prisoner, Nasir Zoraghi, died at the Zahedan Central Prison following a stroke and denial of his medical treatment.

The Iranian Resistance calls on all the Iranian youths to protest against the brutal death penalty and harsh conditions in Iran’s prisons, and to support the families of the executed. It also calls on all international human rights authorities to strongly condemn the executions in Iran and to condition dealing with the Iranian regime on improvement of the human rights situation, in particular the suspension of the death penalty.

Secretariat of the National Council of Resistance of Iran
April 24, 2018