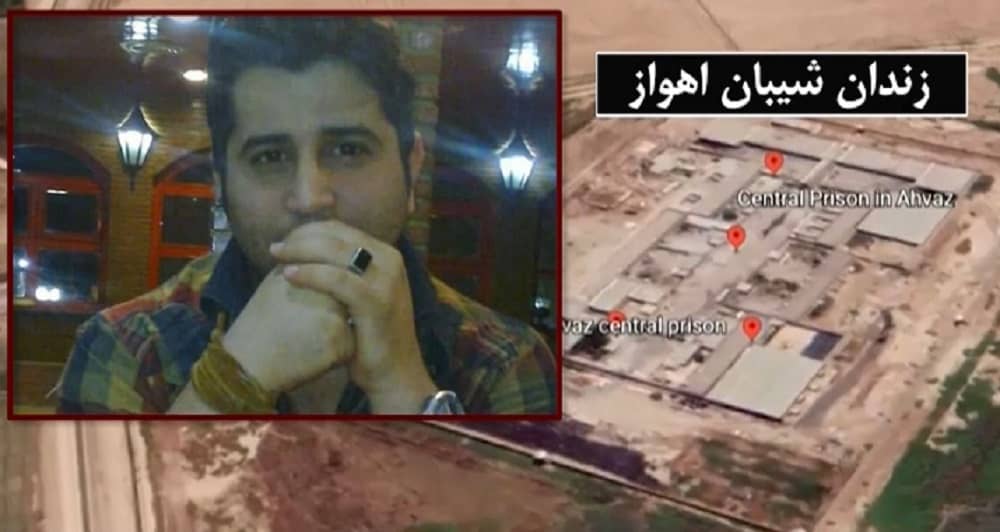 Political prisoner Adel Kianpour, incarcerated since August 2020, died suspiciously on Saturday, January 1, 2022, after suffering from Coronavirus and following a week-long hunger strike in Shiban Prison in Ahvaz. The clerical regime’s judiciary had charged him with “propaganda against the state, propaganda in support of the opposition groups, disturbing public opinion to disrupt national security and possessing two weapons.”

Adel was interrogated and tortured for several months and denied the right to a lawyer. He was also denied visitation by his family for five months. Reportedly, a year after Adel’s arrest, the clerical regime’s judiciary set a large bail of 22.5 billion rials for his temporary release, which his family could not afford.

In October, Adel Kianpour contracted Coronavirus but did not receive medical treatment. In protest to the oppression and cruelty of the ruling regime in Iran, he announced that he had decided to go on a hunger strike on Saturday, December 25, 2021. He said in an audiotape: “I, Adel Kianpour, a political prisoner, in line with the ideals of the Human Rights Charter, in the name of the nation, and in the name of justice, began my hunger strike on December 25 and inform the public and human rights organizations of my decision.”

The Iranian Resistance blames Adel Kianpour’s death entirely on the clerical regime and its judiciary, and calls on the United Nations, the European Union, and its member states, to strongly condemn this crime. It urges the UN Special Rapporteur on the Situation of Human Rights in Iran to investigate the arrest, trial, and death of Adel Kianpour in Shiban Prison, and make public the results of the investigation.

Secretariat of the National Council of Resistance of Iran (NCRI)
January 3, 2022