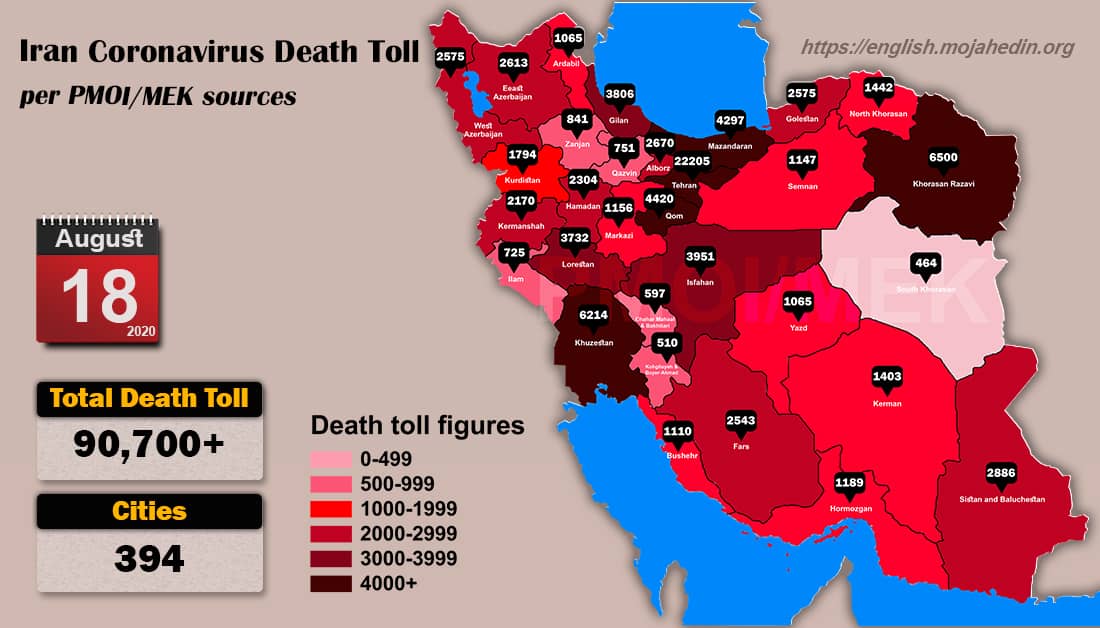 Reza Malekzadeh, Deputy Health Minister: The government wants to normalize the situation with health protocols, unaware that 26 provinces are in red and under alert conditions. The transmission of the virus has increased three to nine times, and the medical staff and equipment are worn out and cannot deal with the third wave of the virus outbreak in autumn. Mourning ceremonies and the reopening of schools and universities are creating severe crises. (Setareh Sobh daily, August 18)

Reza Malekzadeh, the regime’s Deputy Health Minister, told Setareh Sobh daily, today, “The government wants to return the situation to normal by setting health protocols, but it is ignorant of the fact that 26 provinces of the country are currently red or on alert, moreover. According to experts, the speed and power of the virus transmission in the second wave has increased three to nine times. At the same time, the medical staff and medical equipment are worn out and are not able to withstand the third wave of the outbreak that will come in autumn and winter. Holding mourning ceremonies and reopening schools and universities creates serious crises in spreading the virus. If these ceremonies and reopening occur, we will see the alarming outbreak of Coronavirus in the fall.”

Secretariat of the National Council of Resistance of Iran (NCRI)
August 17, 2020