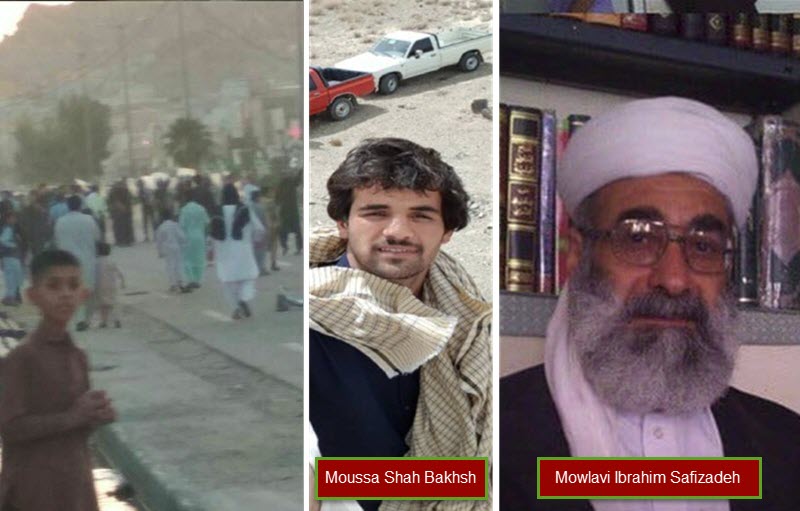 On Monday, May 27, 2019, a large number of people in Zahedan demonstrated in front of the regime’s governorate in Zahedan in protest against the killing of a young Zahedani called Moussa Shah Bakhsh, by the repressive forces of the clerical regime.

Security agents raided the demonstrators and arrested dozens of them. Moussa Shah Bakhsh was shot and killed in the evening of May 25, while driving. The repressive forces warned his family to bury their child’s body as soon as possible and refrain from any rally in his burial or memorial.

On the other hand, Mowlavi Ibrahim Safizadeh, an Iranian Sunni cleric who was shot on May 17, 2019, by the Iranian regime terrorists in the city of Herat, Afghanistan, died on May 22, 2019 in a hospital in the city. Mr. Safizadeh, who was opposed to the repression of the religious fascism ruling Iran, especially against the Sunni people, was arrested in the 1980’s and imprisoned for several years. After his release, he took refuge in Afghanistan and continued his opposition to the mullahs regime.

The Iranian Resistance calls on the Secretary-General, the Human Rights Council and the UN High Commissioner for Human Rights, and other human rights organizations, for immediate action to release Zahedan’s arrested people and for the condemnation of Mr. Safizadeh’s criminal assassination and the repression of the mullahs regime against the Sunnis.

Secretariat of the National Council of Resistance of Iran
May 28, 2019