IRAN: Executions in a week reaches 81 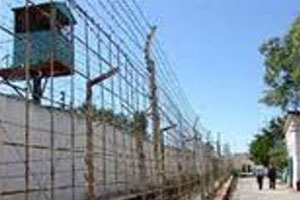 NCRI – Coincident with mass executions in the prisons of Ghezel-Hessar, Karaj and other cities, the anti-human regime of mullahs sent 16 other prisoners to the gallows in Mashhad and Birjand (northeastern Iran). Twelve of them were hanged collectively in Vakilabad prison of Mashhad on April 16, and the other four were executed in Birjand prison the following day. Thus, the number of executions from 12 to 18 April reached 81, meaning 12 executions per day.

The unprecedented increase in the wave of executions after the Lausanne nuke framework is a clear indication of the mullahs’ desperate need of creating an atmosphere of fear in the society to confront the explosive situation.

Iranian Resistance calls on Iranian brave youths to express their solidarity with the families of the executed and prisoners, and to protest against this criminal move in the country. It also underscores the need for ousting this bloodthirsty and fascist regime from the world community.

Secretariat of the National Council of Resistance of Iran
April 20, 2015