The clerical regime’s judiciary sentenced political prisoner Mohammad Javad Vafaei Sani to death after he endured two years in prison under torture on charges of “supporting the Mujahideen-e Khalq (MEK),” “corruption on earth,” “inciting and destroying certain places, including the state penitentiary building.” The verdict was handed over to his lawyer. 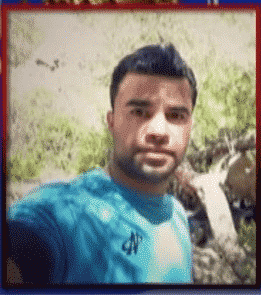 Seyed Mohammad Javad Vafaei, 26, is a boxing champion in the Mashhad school system and was arrested in March 2020 in Mashhad. The mullahs’ court set bail of 30 billion tomans for his temporary release, which his family could not afford.

With expanding activities of Resistance Units and spreading social protests, and with increased flocking of young people to the ranks of MEK networks in Iran, the crisis-ridden clerical regime has desperately intensified executions and repression as a way to prevent this process.

The Iranian Resistance urges the Secretary-General of the United Nations, the UN Human Rights Council and the UN High Commissioner for Human Rights, and all human rights bodies, as well as the European Union and its member states, to take urgent action to save the life of this political prisoner.

Previous article
Iran’s State Media Admits Deep Crises and People’s Revulsion Toward Regime
Next article
The Number of Coronavirus Victims Across the Country Is More Than 496,300