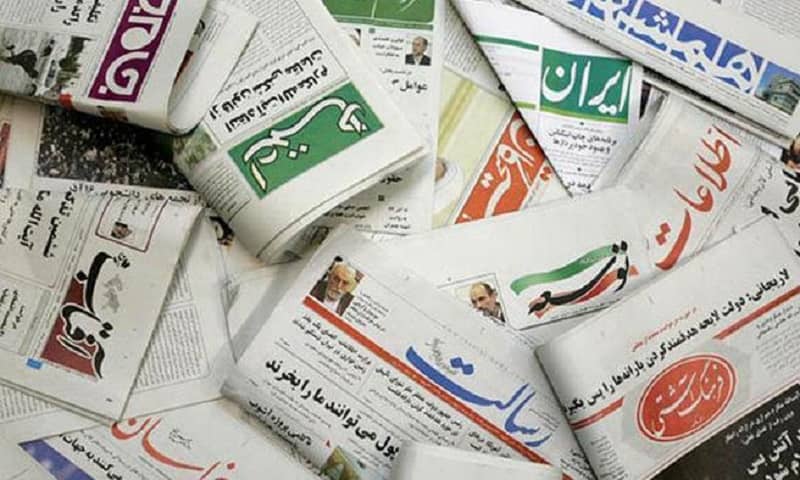 “The country’s problems have become deeper than before,” acknowledged the state-run Setar-e Sobh daily on January 1. This admission by the Iranian regime’s state-run media, which had theretofore been whitewashing the mullahs’ crimes and concealing the reality of Iran’s explosive society, show the depth of current crises.

The prospects for another uprising frighten Iran’s state media and regime officials. “The current level of economic pressure on the people is unprecedented. We are now witnessing an increase in the population of vulnerable deciles in society,” the regime’s former MP Parvaneh Salahshouri told Setar-e Sobh daily on January 1. “There is a small wealthy group in the country that has an economically significant distance from most people. Therefore, when the economic pressure increases, many people face many livelihood problems.”

“Field observations on inflation, discrimination, and declining purchasing power show that the situation is only worse than it was before. About 85% of the population seems to be critical of the economic and living conditions. The question is, do the rulers know that we face public distrust?” she added.

“The decline in population growth indicates the existence of a deep crisis in society, and this decline is a sign of a major crisis. A combination of poverty and despair has created such a problem,” Etemad daily wrote on January 1.

“Officials do not pay skyrocketing prices. Since you are not aware of economic pressures, or unemployment, you are implementing your backward thoughts in the country. Sanctions and large embezzlement will not reform the country’s economy,” wrote the state-run Arman-e Meli daily on January 1.

“The demolition of the shop of a helpless, mentally disabled man in Maraghe, among with dozen other similar actions, have made life unbearable for poor people. This is just the tip of the iceberg. Skyrocketing prices and increasing inflation has made life harder for millions of people,” Arman-e Meli adds.

“According to labor activists, the workers’ food baskets cost 115 million rials per month this year, which many workers cannot afford. The rising living costs do not wait for [regime’s] approval. Inflation has exceeded 45%, but wages are the same as earlier this year. According to estimates, in 2019, about 26 million Iranians lived below the poverty line. This number has certainly grown significantly in 2020 and 2021,” Hamdeli daily wrote on January 2.

Do you feel suffocated these days from the economic situation, air pollution, landslides, or the prospect of the future, as problems warp around your neck like a rope?” Arman-e Meli daily wrote on January 3.

“If you feel suffocated, it is due to the ropes that rulers, politicians, bureaucrats, contractors, and advisors have tied around our necks. The governments have financed these people,” Arman-e Meli’s article acknowledged.

Economic indicators, such as the high unemployment rate, demonstrate how Iran’s economy under the mullahs’ rule fluctuates between collapse and crisis. Decades of plunder, corruption, and ineptitude have brought nothing but misery for Iranians. While people grapple with poverty, the regime’s officials and their relatives live in luxury and opulence.