Anniversary of the November 2019 Uprising

Maryam Rajavi: The uprising in November 2019, was not a fleeting meteoroid. Rather, it was a manifestation of the burning determination that will continue to carry on until the mullahs’ religious dictatorship is overthrown.

Maryam Rajavi: The time has come for the religious dictatorship’s overthrow. The policy of appeasement cannot be repeated, and even if it does, it would not solve any of the regime’s problems. The time is up for policies that stand with the mullahs. This policy would only reap harm and loss.

On the brink of the first anniversary of the November uprising, a trans-Atlantic summit was held, entitled “Honoring the Uprising and Imperative of Holding Iranian Rulers Accountable for Crimes Against Humanity.” The virtual summit connected 300 Iranian associations in 2,400 locations across the world.

The President-elect of the Iranian Resistance, Mrs. Maryam Rajavi, paid tribute to the November uprising and honored the 1,500 martyrs of those protests. She said: “The flames of the November 2019 uprising suddenly erupted in upwards of 200 cities in 29 provinces. Courageous protesters attacked the clerical regime in numerous centers and bases of suppression. The world witnessed that the mullahs are just a small minority surrounded by the fire of the Iranian society’s rage and fury. The uprising in November 2019 was neither indiscriminate nor spontaneous. It was a genuine example of a revolt and a struggle to overthrow the regime. Its driving force were the deprived but aware youths. The uprising in November 2019 was not a fleeting meteoroid. Rather, it was a manifestation of the burning determination that will continue to carry on until the mullahs’ religious dictatorship is overthrown.”

The President-elect of the Iranian Resistance referred to the massacre of protesters on the orders of the regime’s supreme leader Ali Khamenei and said: “Regardless of the numbers, what took place was a massacre. It was a crime against humanity. Khamenei, Rouhani, [secretary of the regime’s Supreme Security Council, Ali] Shamkhani, IRGC and Bassij commanders, and SSF commanders must face justice for this massacre.”

Mrs. Rajavi emphasized: “The present status of the clerical dictatorship could not be compared to any other time during the past 40 years. Rouhani’s government is completely paralyzed. Economically, the regime’s banking system has become totally bankrupt. The value of the country’s currency has fallen ten folds. The government has a 70% budget deficit, the inflation rate is 60%, and the regime is 260 billion dollars in debt. And most importantly, the regime has lost all its decision-making abilities and potential influence in this domain. The explosive situation of Iranian society, which manifested itself spectacularly during the November 2019 uprising, still exists. The Iranian society showed its amazing revolutionary state in the uprising last November, a capacity which is still in force. The society’s explosive conditions, pent-up discontent and animosity towards the regime are at an all-time high.”

The President-elect of the Iranian Resistance reminded that “The mullahs have no options for breaking out of the overthrow predicament. They are impatiently awaiting a change in U.S. policy, hoping to gain something out of it for themselves. They are overlooking the fact that their situation has got to a point where ultimately even such a change would aggravate the crises engulfing the entire regime and fail to resolve any of the problems of their decadent and corrupt theocracy. Similarly, when the time came for the overthrow of the Shah, despite the fact that no sanctions were in place and he enjoyed total support and funds from the U.S. and Europe, he could not withstand the uprising of the people of Iran. We believe and our people believe that the time has come for the overthrow of the mullahs’ religious dictatorship. The policy of appeasement cannot be repeated, and even if it does, it would not solve any of the regime’s problems. The time is up for policies that stand with the mullahs. This policy would only reap harm and loss.”

The speakers pointed to calls for justice for the 1,500 protesters martyred in the November 2019 uprisings. They called for an end to the policy of appeasement and demanded that the perpetrators and those who ordered this great crime, who occupy the highest position in the regime, must face justice.

Secretariat of the National Council of Resistance of Iran (NCRI)
November 10, 2020 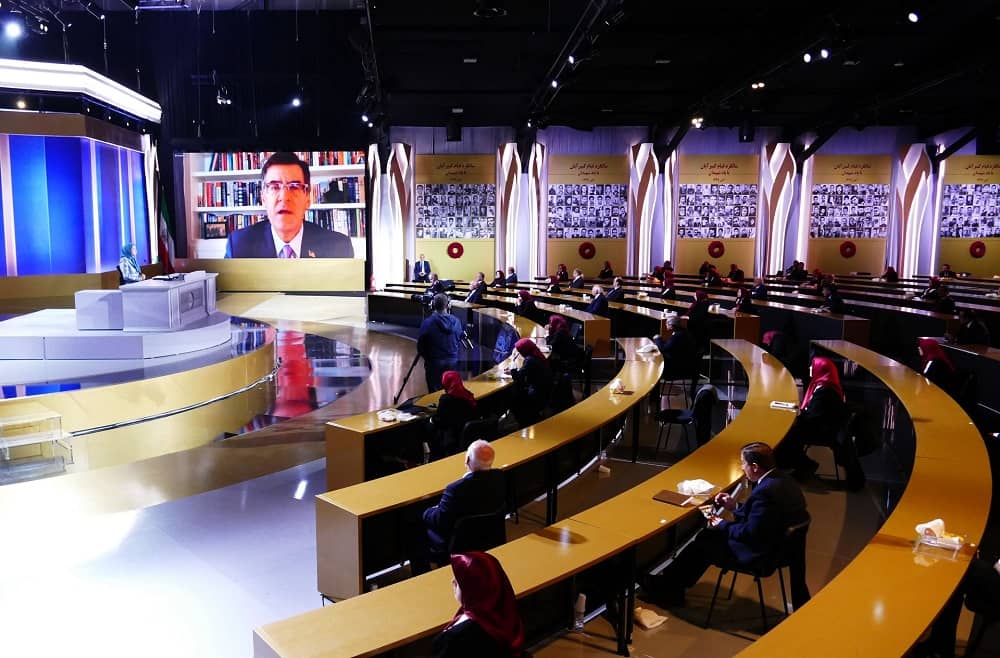 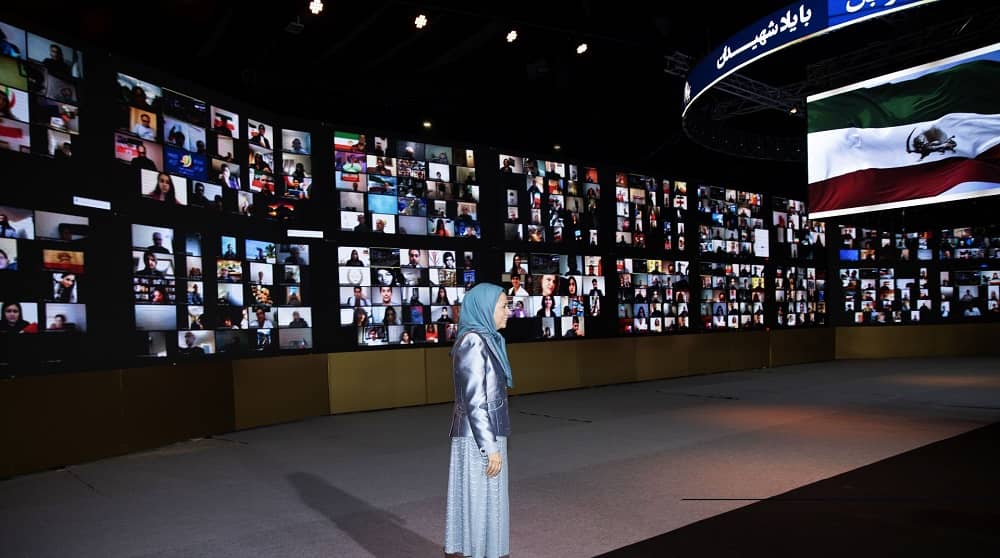 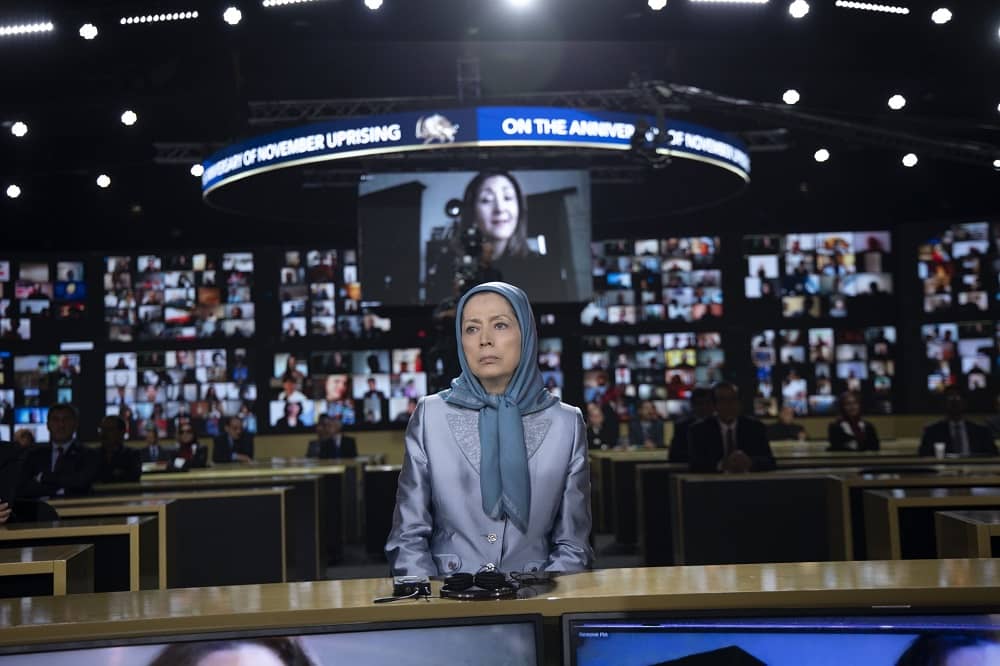 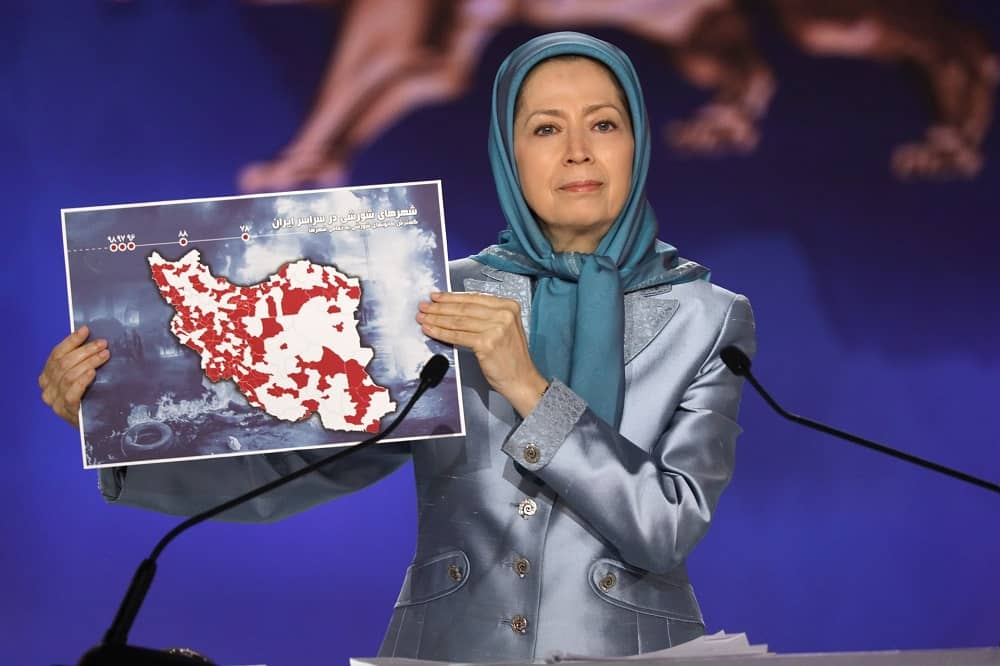