Workers of the Traverse Railroad Co. in Varamin, Tehran went on strike

Nov. 11- Tehran #Iran
Workers of the Traverse Railroad Co. in Varamin, Tehran went on strike for the 2nd day. They say they have not received 4 months of wages and 6 months of insurance. #IranProtests pic.twitter.com/nNiFmP7BA7

Student activist Saha Mortezaei was sentenced to six year in prison for holding a solitary sit-in outside Tehran University in protest to being banned from education for her political activities. #Iran #freepoliticalprisoners

Why Khamenei Admitting MEK Responsibility for 2017-18 Protests Is Still Important? 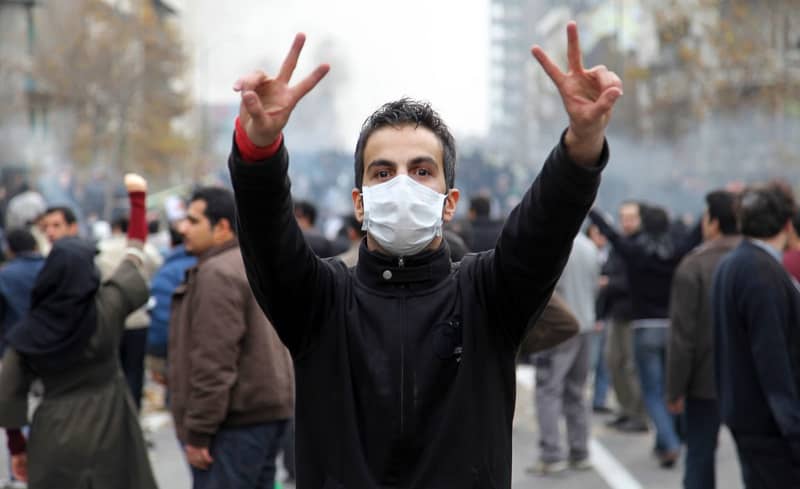 In 2018, Iranian Supreme Leader Ali Khamenei made a speech about the December 2017 uprising where he acknowledged that the People’s Mojahedin Organization of Iran (PMOI/MEK) had a leading role largely responsible during the people’s protests, which sprung up across the country without warning and took the regime by surprise. 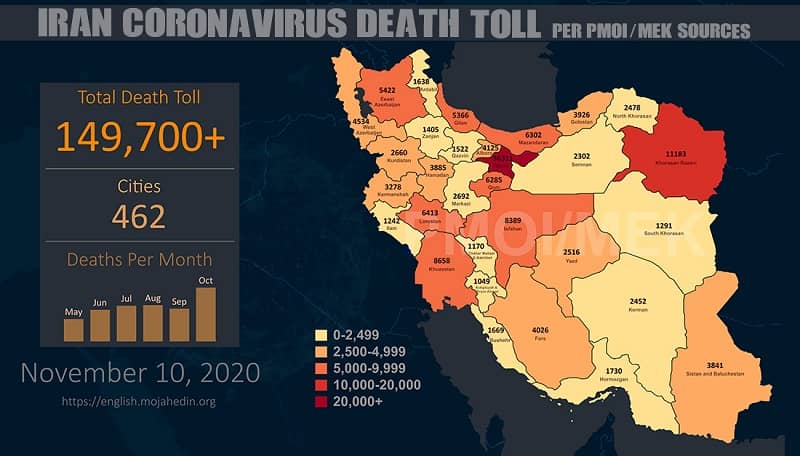 To mark the anniversary of the November 2019 Iran protests, Iranians and supporters of the democratic opposition are commemorating the uprising with an online conference on Tuesday. They are emphasizing their will to continue the uprising until the overthrow of the ruling regime in Iran.

On November 15, 2019, a massive uprising broke out in various Iranian cities. The protests lasted for about a week and spread to over 190 cities in all 31 provinces of Iran. The November 2019 uprising was unprecedented in the past 40 years, particularly due to its breadth, rapid pace, organization, the bravery of protesters, and their willingness to risk their lives.

One of the most stunning moments of Iran’s contemporary history emerged on November 15, 2019. The protests took shape rapidly, with anti-regime chants rapidly radicalizing against the mullahs’ supreme leader, Ali Khamenei.

Throngs of Iranian people, the army of the unemployed and hungry, and the army of suppressed women and youth who have nothing to lose but their chains, took to the streets to express their outrage over the three-fold hike in fuel prices.

Condolences on the passing of the great combatant Dr. Saeb Erekat, Secretary General of the Palestinian Liberation Organization (PLO)

Condolences on the passing of the great combatant Dr. #SaebErekat, Secretary General of the Palestinian Liberation Organization (PLO)https://t.co/MI07d8YLbR pic.twitter.com/u6K4AsBgT7

Maryam Rajavi: “I was incredibly saddened to receive the news about the passing of the great combatant Dr. Saeb Erekat. On behalf of the Iranian people and the Iranian Resistance, I would like to extend our heartfelt condolences for this enormous loss to President Mahmoud Abbas, the brother nation of Palestine, the Palestinian government and the Erekat family.

Saeb has now joined Abu Ammar. The PLO has lost one of its patriotic and most effective leaders, but undoubtedly the spirit, inspiration and ideals of Saeb Erekat will always live in the collective memory of the Palestinian people.
I pray for God Almighty to bless his soul and I pray for patience and perseverance for you and his family, friends and colleagues.”

Wednesday, November 11, 2020, marks the 355th day since the beginning of the nationwide Iran protests.