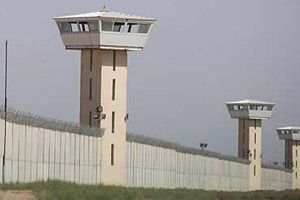 A hunger strike by prisoners in Tehran Central Prison (Fashafouye) in protest to pressures on prisoners and the medieval conditions of this prison that began on July 30 is continuing. Prisoners recently transferred from Evin Prison to Phase 4 of this prison are among those staging this strike.

This strike began when prison henchmen severely battered a prisoner by the name of Ahoonabar that had gone on hunger strike and shaved off his hair. This barbarity that aimed at creating an atmosphere of terror in the prison and frighten other prisoners resulted in a hunger strike by 500 prisoners in Phase 4 of Tehran Central Prison.

Recently built in the deserts of Tehran-Qom road, Tehran Central Prison has medieval conditions. Henchmen keep prisoners under the hot summer sun from 9 am till 1 pm. Hygiene in this prison is dreadful and a large number of prisoners have nowhere to sleep and spend the nights sleeping near toilets and in the corridors of the wards. Lack of medical services, constant cutoff of gas and water and lack of air-conditioning is placing a lot of pressure on the prisoners. Any protest against these harsh conditions by prisoners is met by an iron fist by prison guards.

In this prison which is also known as Fashafouye or Hassanabad Qom Prison, prisoners are forced into unpaid labor. Around 600 prisoners work in shifts in a camp called “Cultivation and Industry” and its subsidiary units. Another 450 prisoners work in Prison Organization’s workshops that are totally controlled by the revolutionary guards (IRGC) and the Intelligence Ministry with no pay.

The hasty transfer of prisoners to this location with incomplete infrastructures is in line with Iranian regime’s plan to destroy Evin Prison and transfer prisoners to a desolate place. Head henchman Sohrab Soleimani, the General Director of Tehran Prisons, had previously stated that by 20 March 2016, 3500 prisoners will be transferred to Tehran Central Prison from Evin, Gohardasht (Rajai Shahr) and Ghezel Hessar prisons (Tasnim News Agency, affiliated with the terrorist Qods Force – July 13, 2015).

The interrogators and torturers have numerously threatened the resistive prisoners that by transferring them to Tehran Central Prison they will be slaughtered and no one will notice it.

By destroying the Evin Prison and transferring the prisoners to the deserts outside of Tehran, the clerical regime plans to isolate the families of the prisoners who assemble in front of prisons in protest to regime’s suppression and tyranny so that their cries for justice gets nowhere. Moreover, the families and relatives of prisoners have to bear more hardship and incur higher costs in going to this desolated place and this in turn will further isolate the prisoners and place them under pressure.

Secretariat of the National Council of Resistance of Iran
August 3, 2015