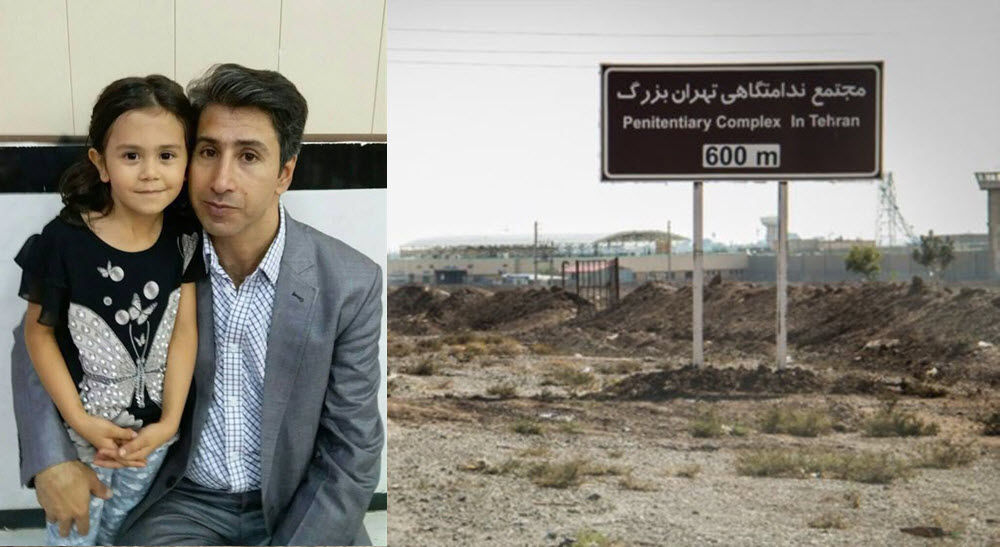 Bagheri began the hunger strike on Wednesday, May 15. He is now on a dry hunger strike demanding he be transferred back from the Greater Tehran Central Penitentiary.

Suffering from intestinal bleeding, Bagheri was taken to hospital in April but returned to jail after two days without receiving adequate medical treatment.

Bagheri is in serious condition and needs to be transferred to a hospital for care and possible surgery.

Following his transfer on Wednesday, he was held in a quarantine ward and denied access to medical treatment.

Bagheri is a supporter of the main democratic opposition group People’s Mojahedin Organization of Iran (PMOI or Mujahedin-e Khalq, MEK). He was arrested on February 21, 2018, during a protest by swindled investors of the Caspian credit firm, linked to the Iranian Regime’s Revolutionary Guards (IRGC), in front of the regime’s parliament.

In a statement on May 17, 2019, the NCRI named 11 political prisoners arrested in the previous month.

The Secretariat of the National Council of Resistance of Iran said:

“The transfer of Hash al-Shabi forces from Iraq to the flood-hit areas, launching night patrols and ‘neighborhood-based security patrols,’ called the Razavioun, and the new wave of arrests throughout the country, especially among the supporters of the PMOI, are part of the repressive measures of religious fascism to prevent popular uprisings.”

The PMOI (MEK) had previously announced the names of other 28 people arrested in March and April.

The Iranian Regime’s Minister of Intelligence, Mahmoud Alavi, announced on April 19, 2019, the arrests of 116 teams linked to the MEK in the past year. Subsequently, the Director General of the regime’s intelligence ministry in East Azerbaijan Province on April 24, 2019, reported on 110 arrests and encounters with the Mojahedin in the province in 2018.

But the MEK has said that the actual number of arrests is much higher. The repressive organs of the Iranian regime, such as the IRGC, IRGC intelligence directorate, law enforcement, and prosecutors have also carried out arrests of MEK activists.