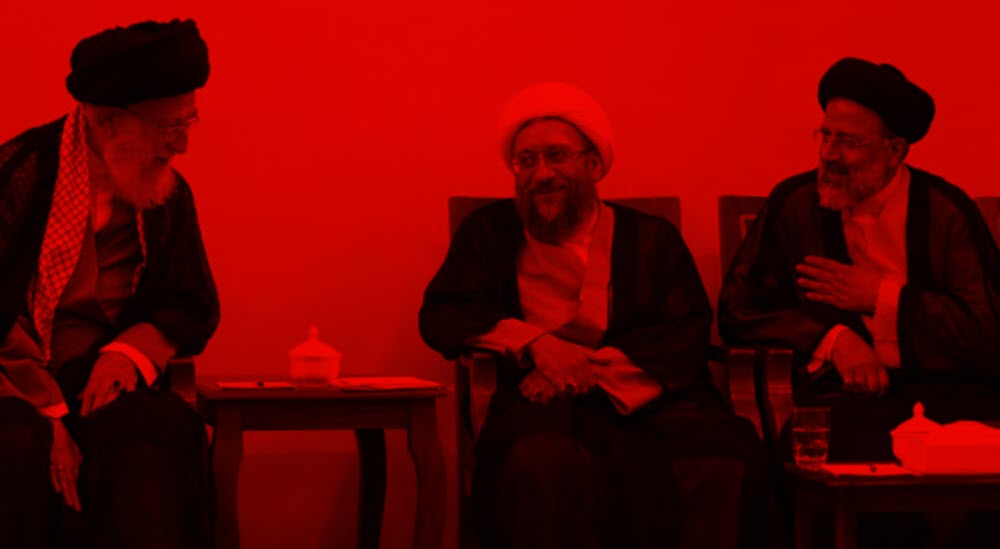 Today, Ali Khamenei, leader of Iran’s religious dictatorship, appointed Ebrahim Raisi, a member of the Death Committee in the massacre of 30,000 political prisoners in 1988, and a devoted supporter of the supreme leader, as head of Iran’s judiciary.

Raisi should be subject to international prosecution for committing crimes against humanity in the massacre of political prisoners in 1988, and tried for genocide of PMOI members. His appointment as the highest judicial authority of the clerical regime signals a hard turn to even more repression by the clerical regime against the Iranian people and resistance. Khamenei described his appointment as a “new era” and the “second stage” of the regime’s so-called revolution, and ordered Raisi not “to pay heed to outsiders when dealing with judicial matters.”

In 1988, Grand Ayatollah Hossein-Ali Montazeri, Khomeini’s successor at the time, and a higher-ranking cleric than Khamenei and his minions, summoned members of the Death Committee including Raisi. Montazeri addressed them in a meeting that was recorded and later published, stating, “The greatest crime committed under the Islamic Republic, for which history will condemn us, has been committed by you. Your (names) will in the future be etched in the annals of history as criminals.”
In addition to committing a major crime in the 1988 massacre, Raisi is a low ranking cleric without adequate religious credentials. He is under the control of Khamenei and has been serving in the regime’s repressive agencies since the age of twenty. Appointing him as the head of the regime’s judiciary will prove unacceptable for many government-affiliated clerics. During the sham presidential elections in May 2017, the regime’s rank-and-file clerics refused to support Raisi despite coercive pressure by Khamenei. Rouhani, who competed against Raisi during the sham elections, said of Raisi that he was one of those who “only knew execution and prisons for 38 years.”

Khamenei, who was deeply concerned about the public reception of Raisi’s appointment, prepared the grounds by disseminating rumors for a while. Despite negative domestic and international reactions, however, he ordered the appointment of Raisi as the head of the regime’s judiciary.

Raisi’s appointment by Khamenei proves once again that as the head of the crisis-stricken theocratic regime, he finds no other solution than a hard turn towards further repression in order to contain the crisis of the coming new Iranian year (staring March 21, 2019). Khamenei thus wants to barricade his clerical regime against the uprising of the Iranian people and their organized resistance for justice and freedom in Iran.

Secretariat of the National Council of Resistance of Iran
March 7, 2019