Maryam Rajavi: The Nonstop Cycle of Executions in Iran Is Indispensable to Keeping the Mullahs’ Religious Tyranny in Power 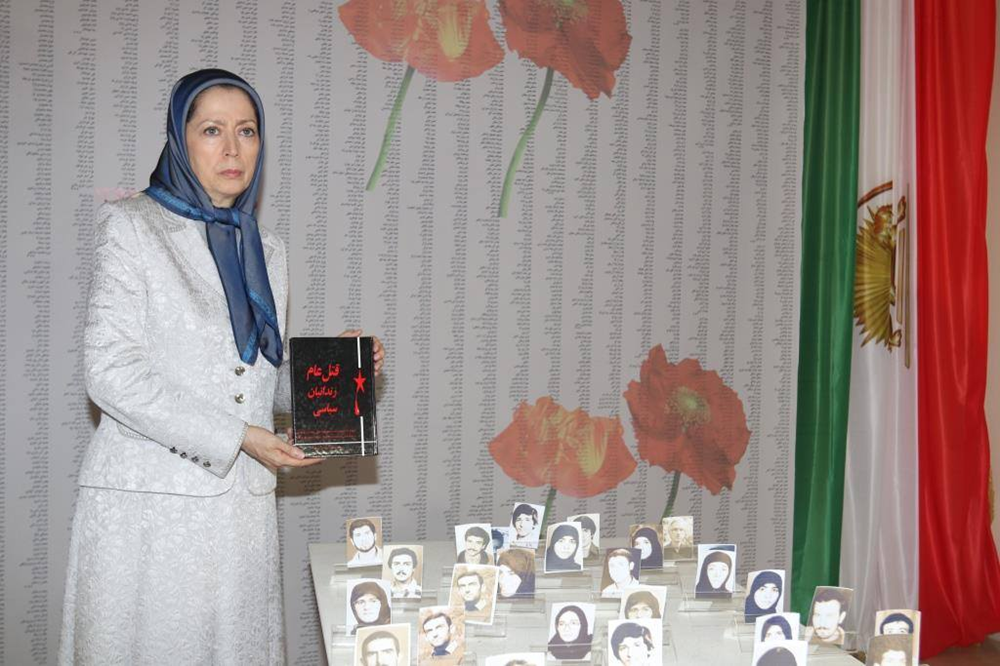 ON THE WORLD DAY AGAINST THE DEATH PENALTY

In a message on the World Day against the Death Penalty, Mrs. Maryam Rajavi, the President-elect of the National Council of Resistance of Iran, paid tribute to 120,000 executed political prisoners, including the 30,000 killed in the 1988 massacre. She said, “The Iranian Resistance espouses the abolition of the death penalty in Iran after the overthrow of the clerical regime and rejects the inhuman punishment of retribution as being against the spirit of mercy and compassion in Islam.”

She once again called on Western governments to make their commercial and diplomatic relations with the mullahs’ religious dictatorship contingent on end to torture and executions. She also urged the United Nations to set up a committee to investigate the 1988 massacre in Iran and pave the way for holding accountable the masterminds and perpetrators of this genocide who are still in charge of ongoing executions in Iran. The prosecution of the officials in charge of the 1988 massacre has now turned into a general desire in Iran’s society and is a prerequisite to ending the wave of executions in Iran, she said.

According to Amnesty International, with the exclusion of China, the Iranian regime accounted for 55 per cent of the total number of executions taken place in the world in 2016. One of the pillars of the clerical regime’s rule are executions in which all of the regime’s factions collaborate. The government’s killing machine is at work day and night. They increase and decrease the volume of hangings upon Khamenei’s order and depending on domestic and international political conditions. They take advantage of these killings to balance the defeats and disabilities of the ruling power, or counter the growing spirit of protest in society.

On the one hand the ruling mullahs are imposing an agonizing poverty on the Iranian people driving many towards depravity and corruption. On the other, they hang the victims of the same crimes and wrongdoings in an incessant cycle of executions. In fact, the Islamic Revolutionary Guards Corps (IRGC) and the ruling mullahs hold the strings that control many of the crimes for which the poor are executed, including drug trafficking and prostitution. This is while the children of the regime’s officials who are engaged in astronomical embezzlements and theft are immune from any form of punishment.

Pointing to the spread of protests by families of execution victims and prisoners, Mrs. Rajavi called on her fellow Iranians, particularly the youth, to stand up to the clerical regime’s policy of executions and slaughter. She reiterated, “The campaign against the death penalty is part and parcel with the campaign seeking to overthrow the clerical regime and rid the people of Iran from the mullahs’ atrocious rule.”

The secretariat of the National Council of Resistance of Iran
October 9, 2017